I was so happy when I checked my email this morning to find a long post from Suzanne. And lots of pictures!

"Sorry for the lack of email updates or photos, but with all the rain we have been having here, the internet has been practically non-existent the past two days.

Here is the latest update on the past two or so days:

Went to Peter's Village. Our driver, Moses, was not able to come through as his car was in the shop. So Plan 2, Ambrose, friend of Melissa, with a smaller car (Melissa could not go then) came, and away we went through Kampala traffic to Peter's Village. It was a cozy ride. Great team building!! We chatted, took in all the visual art around us and ate snacks. My Girl Scout Thin Mints were a hit with the team, and now Ambrose is another Girl Scout customer. I have one more sleeve of cookies to send with the team and Ambrose for Thursday's trip to Jinja. Peter's village was great, of course, despite the rain and Leah's mudslide. The gifts we brought were great for the kids and his parents.
The two craft markets we visited were fun as well, and then we had dinner at the Speke Hotel!

In the morning, Jennifer, Saka, Ronah and Matron Evelyn decorated the P7 classroom with the kids ‘stars’, chain hearts and balloons. It looked MARVELOUS. Even Joan Faith said it looked the best ever. Brian, Nicky and Antwain drew on the chalkboard the Christmas message, which was directed by Enock and Erais. It too looked great!!

Dining Room was next for decorating. Jennifer, Saka, Antwain, a bunch of kiddos and I all helped with hanging the Toilet Paper Art on the walls, which once again, looks awesome. A whole new room.

Natalie & Anna were learning how to make Banana Dolls with the girls.

Josh was hanging out with Nelson and some of the boys in the computer room.

Leah was hanging out with Claire Faith and some of the girls.

The installation of new mattresses took place in the afternoon. It was organized chaos but it somehow worked. The little boys dorm was the crazier one of the 3 dorms.

Christmas gift assembly was next and that went well. We did the same system as last year, which seemed to work well. Pizza at Mel's under the stars in the courtyard. We ventured home complete with headlamps, flashlights and lots of laughter.

Team slept in a little, and we made our way to SMK to be there by noon. We hung out with the kiddos while we waited for Joan Faith to arrive and start the fun.

Then we had Christmas meal & band playing, acrobatic performance, Tonny's sax players, Nicky and Billy on guitar and then the annual Talent Show. I did a little skit with the girls. They taught me a song, and we danced and sang together. The team played kazoos - "We wish you a Merry Christmas." There was a game that was then played. It was definitely rigged in that the team members somehow had to get up answer a question and then pick someone to dance with. It was fun!

The band escorted us to the courtyard and then the gift giving began. The kids were so thankful. Lots of hugs, kisses, and then a mean game of water gun fights broke out and yes, you guessed it, Boy-Boy was the ringleader. It was a fun and joyous celebration. The team ended up leaving around 7pm. We ate dinner and crashed.

Everyone said it was a great day, some, their best day.

Ok… that's the update from SMK. 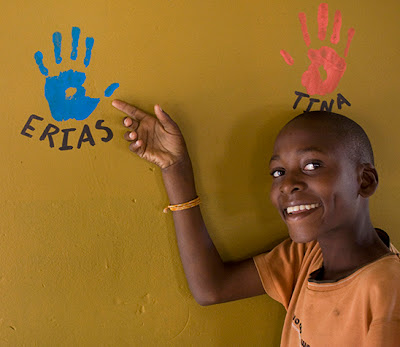 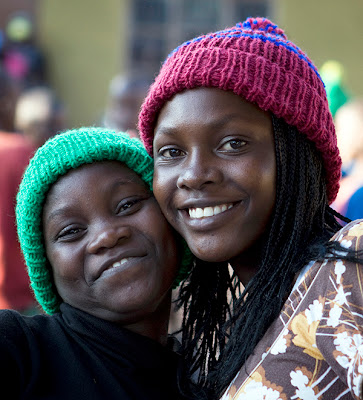 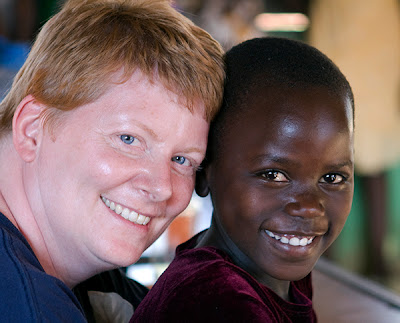 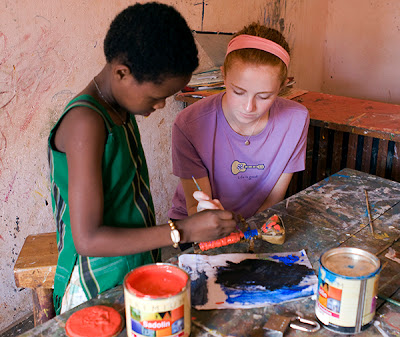 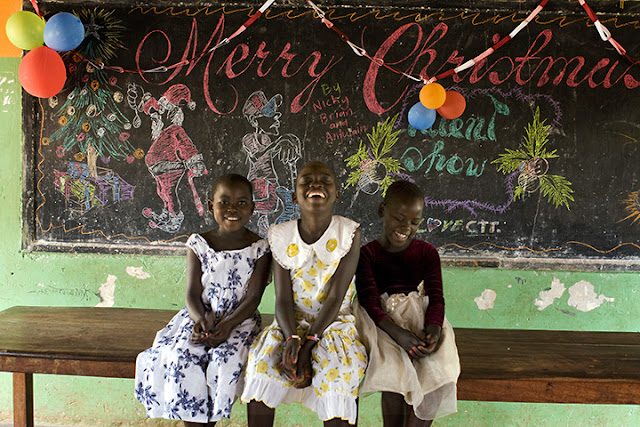 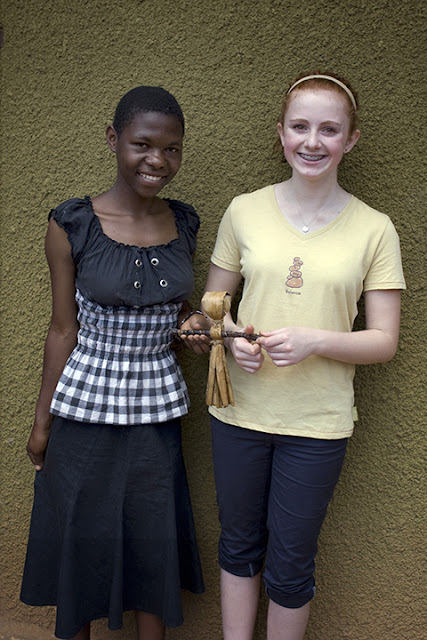 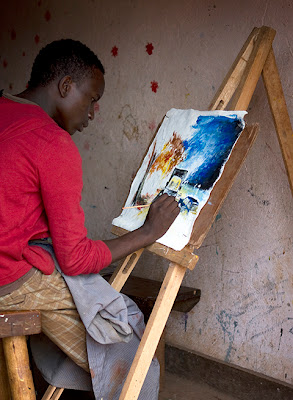 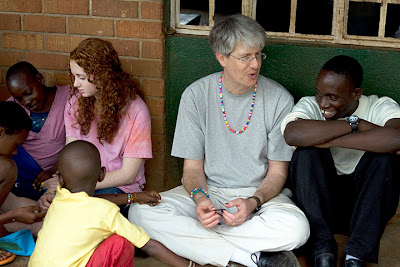 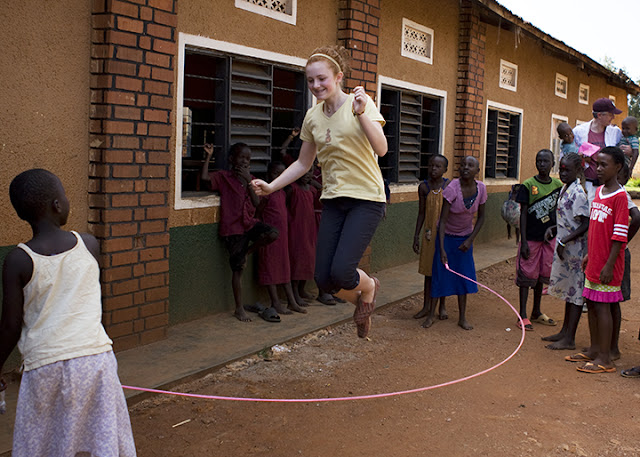 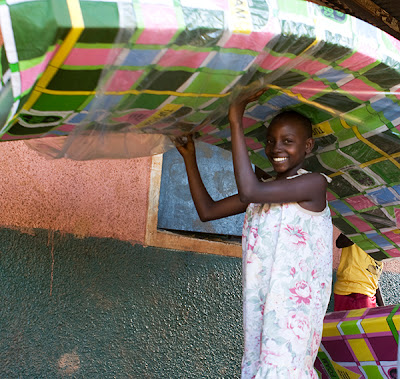 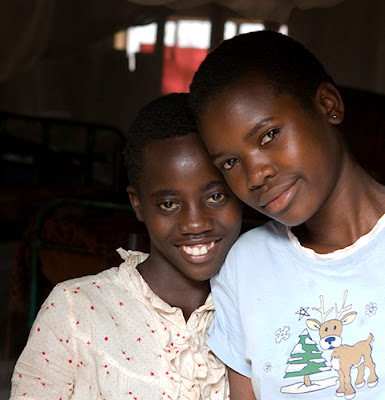 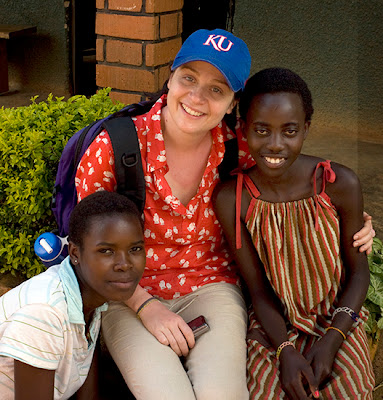 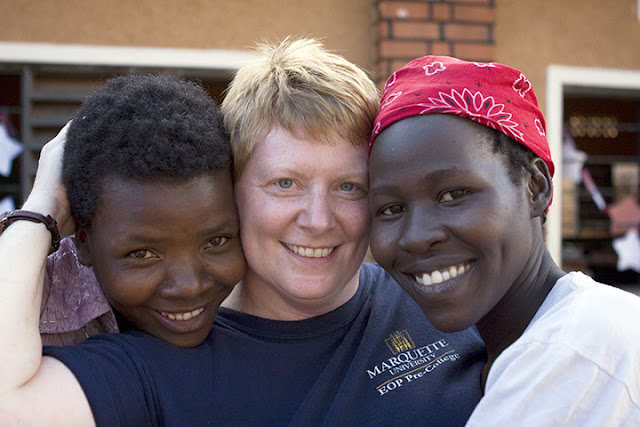 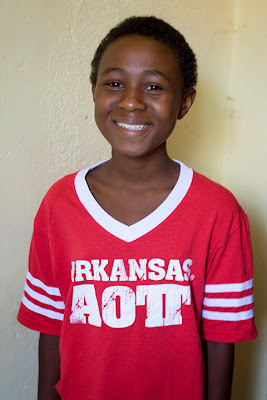 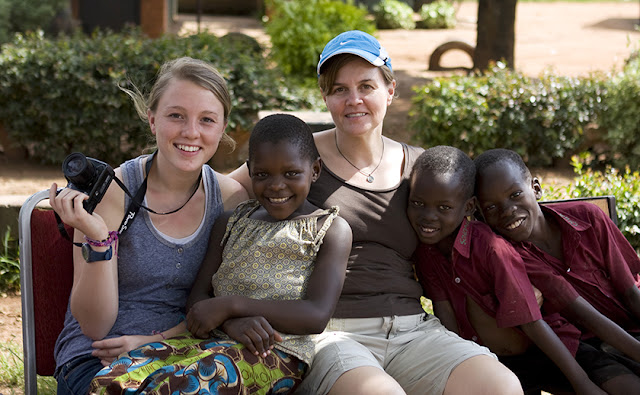 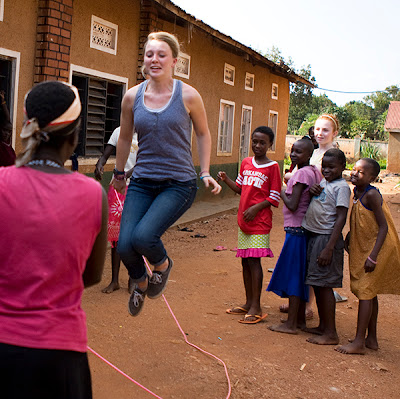 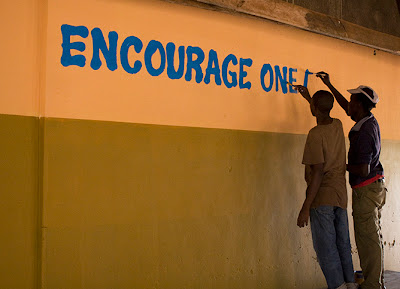 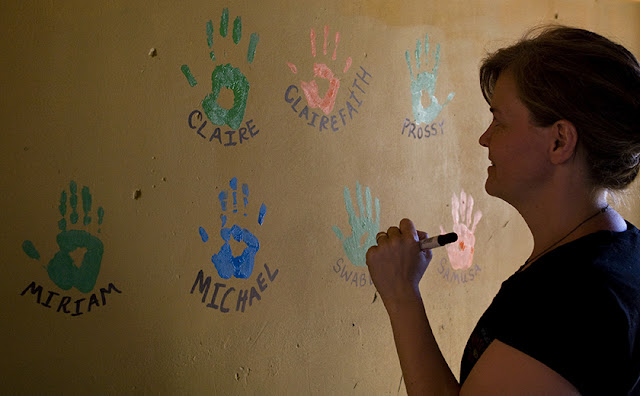 Posted by Gloria Baker Feinstein at 7:26 AM