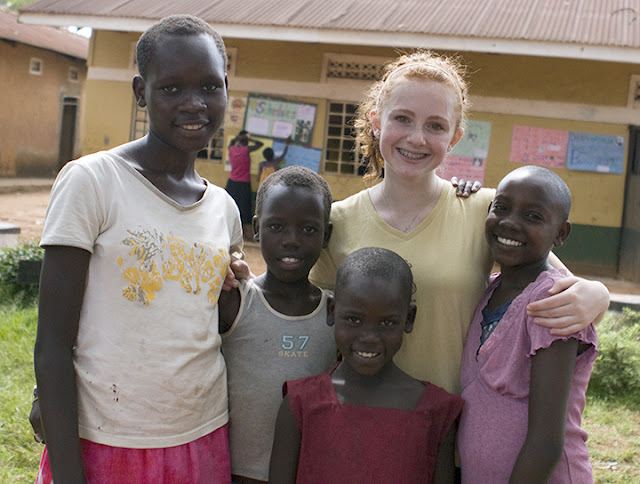 "When I first walked through the gates at SMKOM, I was overwhelmed by how welcoming all the kids were. The first half of my day was spent with Rachel and Sheila, who gave a tour of the orphanage. After that, we walked around the village and took pictures with my camera until lunchtime. After lunch, I was having a conversation with a younger girl named Queen when she told me she had to get something for me, and then disappeared for maybe two hours. During those two hours, the children welcomed us with dancing and band playing while little Gloria sat on my lap. The dancing was really amazing, and many of the kids had beautiful voices. It feels a little silly to write 'kids', since many of them are as old or older than I am. A bit later, when I was walking around with Rita and Joanne, Queen returned to give me two bracelets and a very sweet card.

Day 2 was a lot cooler than the first day, and it rained a bit. The girls had a fun time turning my hair into a poof-ball for their salon, (Queen topping it off by adding a very pretty flower) and painting my nails yellow and blue. That afternoon, I was worn down from playing tag with the very young kids, and when I got back to the hotel I fell straight to sleep. My father had to wake me for dinner. I have had such an amazing two days, and I can’t wait to see what surprises the next few will  bring."