more kids who know how cool it is to help others 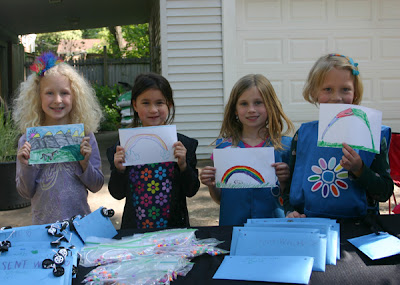 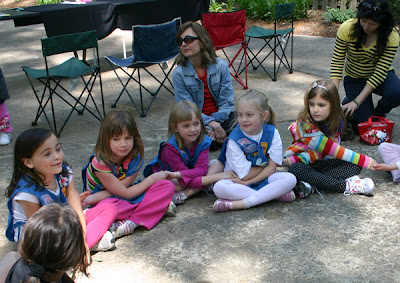 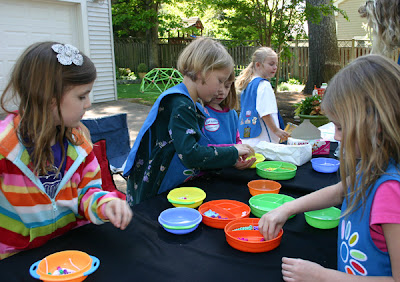 I was a Girl Scout back in the day. I actually still have my sash of badges to prove it!  Read below about a very cool Girl Scout troop from Virginia. These girls (the Daisies) decided to make Christmas 2012 extra special for the kids at the orphanage! I don’t think my troop ever did anything this awesome. The account was submitted by Carrie, mom to Daisy Ava.
“Twelve girls from Daisy Troop 98 and a sister troop from St. James Catholic School in Falls Church met on April 29th to assemble craft kits for the boys and girls at St. Mary Kevin Orphanage.  The Girl Scouts began the meeting by watching a few videos about Change the Truth and the work it’s done with orphans in Uganda.  After seeing the pictures and hearing the stories they had lots of questions, but were eager to start their project.
The Daisy Scouts assembled two packages:
A kit for the girls at St. Mary Kevin to make a bracelet which includes colored beads and letters to spell out the word ‘sisters.’  The colored beads represent the colors assigned to the Girl Scout Law.  The words of the Girl Scout Law were included in the package to outline the meaning of the bracelets.  Each Daisy was asked to draw a picture of something that makes her happy.  Copies of these were made, and one picture was included with each kit.
A kit for the boys at St. Mary Kevin to paint and assemble a wooden race car was put together by the troop.  Paint, brushes and glue were donated so that the boys in Uganda will have all the materials needed to complete their project.
The idea for this event came out of a meeting held earlier when the girls discussed the idea of helping their communities.  One of the Daisies had just received a Christmas card from Suzanne Garr with a picture of Suzanne and some of the children from St. Mary Kevin.  After learning more about the children and their needs, the Daisies brought up the idea to make gifts for Suzanne to take to Uganda the following year.
Troop 98 earned their rose petal for making the world a better place while the St. James troop earned their violet petal for being a sister to every Girl Scout.
The Girl Scout Law
I will do my best to be  honest and fair,  friendly and helpful,  considerate and caring, courageous and strong, and  responsible for what I say and do,  and to  respect myself and others,  respect authority,  use resources wisely,  make the world a better place, and  be a sister to every Girl Scout.”
Daisies: YOU ROCK!!! Thank you for doing such an awesome project. Everyone at Change the Truth is so proud of you. And the children - your new friends from the other side of the world - will be so happy to receive your thoughtful gifts. The world needs more people like each of you!