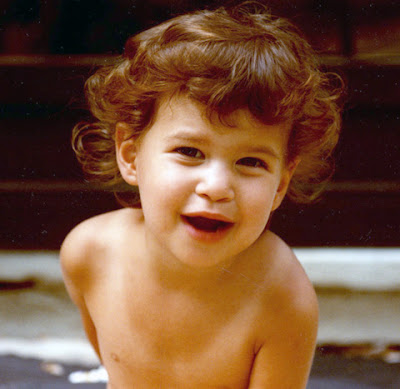 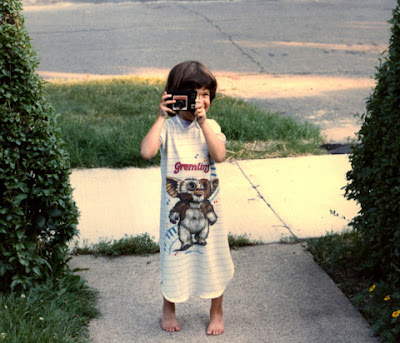 My daughter celebrated her 32nd birthday today. Abbie is seven months pregnant, so I doubt there was much partying going on. But what an exciting time in her life, with a two year old and second child due soon.

Abbie was a little artist and an early talker and reader. Her love of all things musical began at a very young age. I think she had "The Wizard of Oz" memorized by the time she was three! She loved to sing, and that passion continued through high school and college when she sang in a cappella groups. If we nudge her hard enough, she'll sing for us now, but she usually saves her voice for young Henry's lullabies.

Abbie rarely got into trouble. The one time we had to actually send her to her room was when she thought it'd be funny to rearrange the removable keys on the keyboard of our very first computer. Looking back on it now, I think it was actually a pretty funny prank.

I gave Abbie her first camera when she was two or three. It was cool to watch her shoot as a young girl, just as I had. Her Instamatic quickly became an extra appendage, and she made some really interesting photos. I taught her how to print, and sometimes we'd work alongside one another in the darkroom, the red glow of the safe light on our faces. We took a road trip to Santa Fe one year to do photo workshops, and when she was a senior in high school, she and I attended a workshop taught by Mary Ellen Mark in Oaxaca. I treasure those memories. She even went on to major in art (an emphasis on photography) in college.


Abbie's kind and gentle ways have made her a wonderful friend, daughter, teacher, wife and now mother. Henry and the little one in the oven are very lucky children. And I'm one very lucky mom.

She is a kind and talented person, and Henry and Baby #2 are indeed lucky to call her Mom. And, of course, what a lucky fella Sam is. ;o) Happy Birthday, Abbie!

And, WOW!!, does Henry ever look like her in that first photo!!

Not to fuss, but you forgot to say "wonderful daughter-in-law, sister-in-law and aunt." Our family is so very, very lucky to have her in it. I am amazed by how much the first photo of her looks like Henry -- with hair!!!

Sorry for those omissions, Ellen. You are so right!!