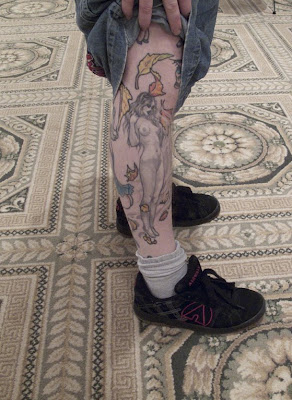 Some say Portland has more tattoos per capita than any other city in the US. All I know is I see them everywhere on practically everyone.

The Portland Art Museum, whose chief curator sports a full back tattoo, is having a summer long exhibition called “Marking Portland: The Art of Tattoo” offering a kind of short history of tattoos as told through works in the museum’s permanent collection. The show includes photography from Portland tattoo artists and Portlanders with tattoos. 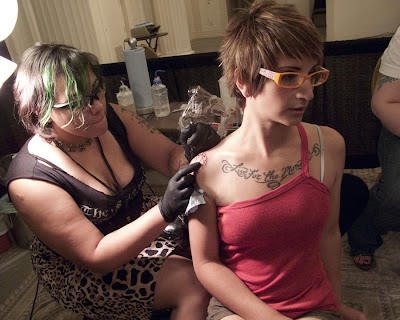 The world of Portland ink got animated yesterday when local tattoo artists and those tattooed were part of a day long festival at the museum. There were people getting tattoos, explaining their tattoos, comparing their tattoos, showing off their tattoos. The art of tattoo was celebrated with fashion, music, performance and a live runway show. We saw people like Matt, who claims to be Portland’s most tattooed man (98% of his body is covered; only the soles of his feet and his gums are not. Hmmm.) 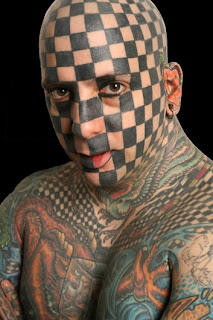 Just another day in Portland.
Posted by Gloria Baker Feinstein at 10:25 AM