To beat the record-breaking heat that is blasting Portland, we hit the Sunset Highway yesterday morning. One hour and fifteen minutes later, the air was thirty degrees cooler and we were staring at the beauty that is the Oregon coast.

There are 363 miles of coastline, all of it pristine and all of it public. It is a diverse terrain, changing from rugged cliffs to evergreen forests to Sahara-like dunes and endless sandy beaches.

We spent the day at Cannon Beach, where there are nine miles of walkable beach and the awesome, amazing Haystack Rock. It was low tide, and the broad beach was shrouded in heavy fog. Figures were ghostlike. It felt like we were walking around in heaven. 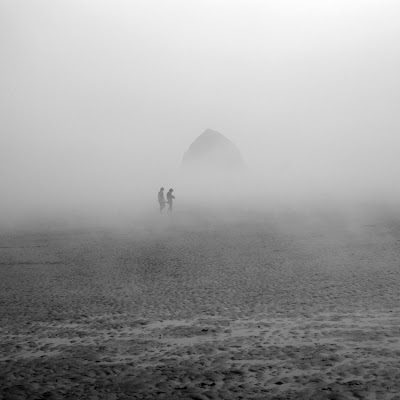 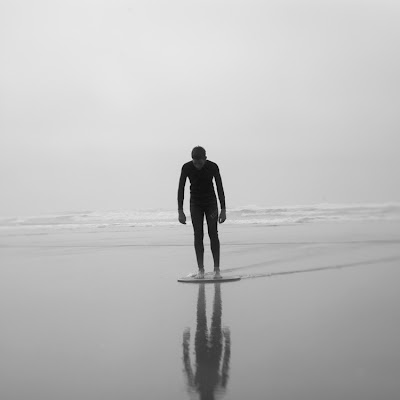 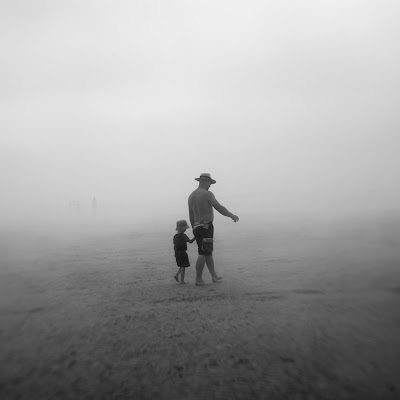 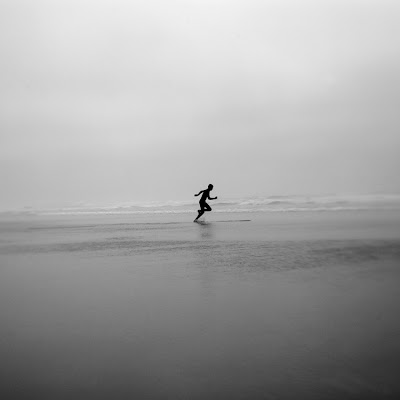 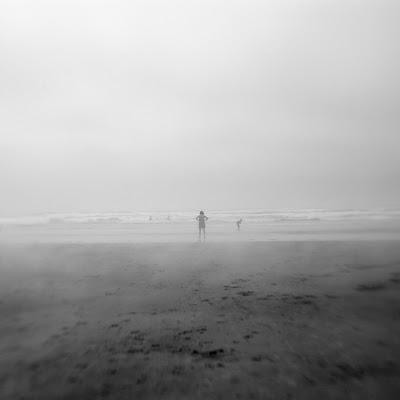 Posted by Gloria Baker Feinstein at 10:08 AM

These are amazing. Wow!
-JM