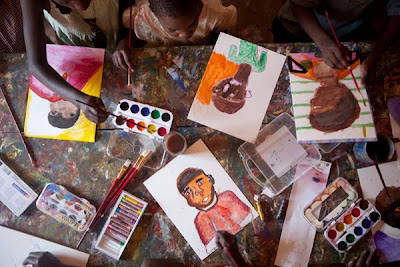 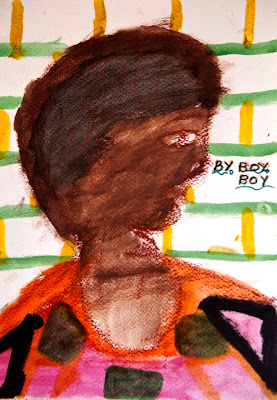 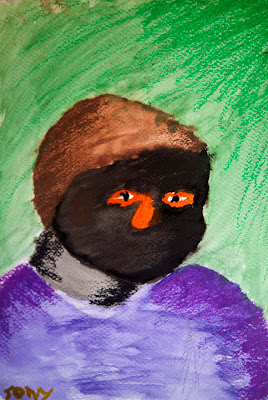 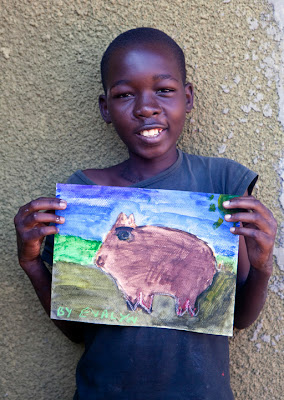 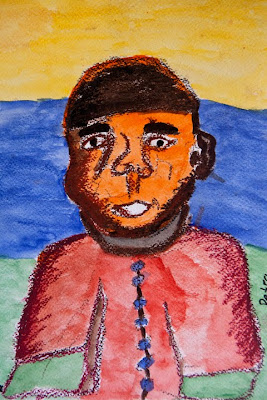 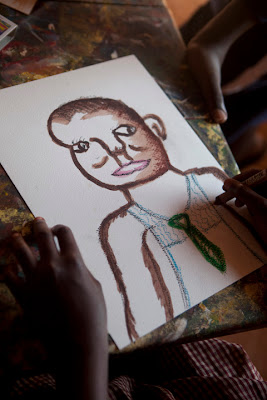 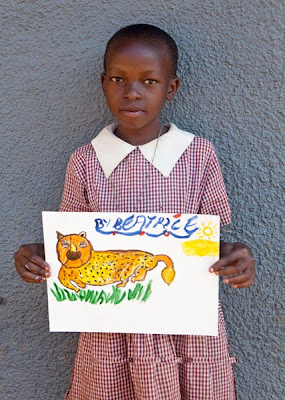 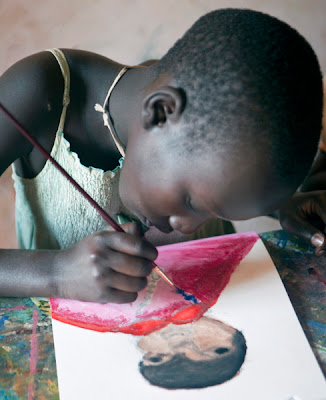 Yesterday I broke out the watercolor paper, brushes, watercolors and pastels and invited a group of young artists to the art room. Usually this room is occupied by the older, more established artists (primarily boys) such as Willy, Nicky, Geoffrey, Issy and Brian (some of you have no doubt seen and/or purchased their artwork at our annual fundraisers).

The young ones I rounded up have shown a love for art and definitely have talent! They include, among others, Elias, Kato, Irene, Diana, Petra, Enock, Margaret and Leo. I first asked them to paint the friend sitting next to them. Then I asked them to draw an animal of their own creation. They spent a long time working and took great pride in what they made. The results are delightful!

The really exciting part of this is that two of these young artists are Beatrice and Evalyn, children who previously have been quiet, shy and lurking in the shadows. They were befriended last year by Suzanne and Avis respectively. Because of the love and attention these team members continue to shower on Beatrice and Evalyn, the girls have really blossomed. They are engaged, more talkative - and sometimes I even catch them smiling!
Posted by Gloria Baker Feinstein at 3:14 AM