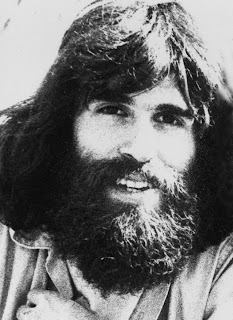 Eddie and I first met in the summer of 1972. We were part of a group of prospective students participating in summer orientation at the University of Wisconsin in Madison. Go Badgers.

We all hung out in dorm rooms, classrooms, barrooms and in colorful metal chairs on the terrace of the Student Union (which happens to overlook beautiful Lake Mendota and where we incoming freshman had no trouble getting mugs of ice cold Leininkugel or Point beer delivered to our tables.)

Eddie was older than me, and he was way cooler. I don't think he even noticed me in the crowd of outgoing, sophisticated kids we hung with, most of whom were from the east coast. My Kentucky accent kept me pretty quiet. But I couldn't keep my eyes off him. He had a long, thick beard, the likes of which I'd never seen. He biked a lot and looked super cool in his biking gloves; I'd never seen toe clips on pedals.... he had them. He was tan, his hair was long, he wore hiking boots even though it was hot and muggy that August. He drove a VW bus. He was even Jewish.

Getting his attention was a long shot. But somewhere along the way, I guess he noticed me.

The first time we sat close to each other, I told him I thought his hands were amazing. I ran my 17-year old fingers along the map of bulging veins on his hands. I'd never seen anything like them.

He told me later he liked the way I looked in the yellow Army t-shirt I often wore.

By the end of September, he asked me to go to the movies. I brought along my roommate, Judy. Eddie was kind of surprised to see her and even more surprised when she sat between us. The movie was "2001 A Space Odyssey" and I remember very little of it. I was too busy looking over at Eddie and wondering if he was thinking more about me than what was on the screen.

We started taking a lot of walks together. Time passed. We were constantly meeting new people on campus. I started hanging out with a guy named Mark; he with a girl named Mimi. But by December we officially became an "item". He was my first true love.

We've been through a lot over the last 39 years. A lot of good stuff and our share of bad.

Today I still consider him the love of my life. 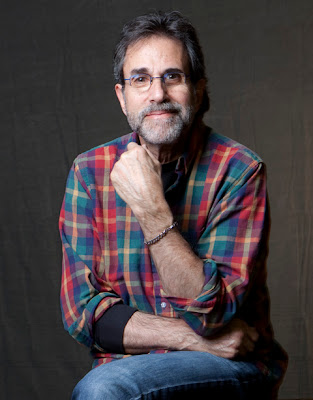 We had our portraits made tonight during a private lighting class held in my studio. I've been staring at these images for a while now, trying to find the kids we were when we met and fell in love. Did we have any idea back then that we'd really still be together after lines had etched their way into our faces, when hair turned gray, when illnesses beat us down, when challenges got overwhelmingly complicated?

Yet here we are. Eddie is the most supportive person in my life. He is my cheerleader, my biggest fan. He tells me I'm pretty, he sings Allan Sherman songs to make me laugh and he cooks dinner to take care of me (and also impress me).

As I get ready to leave the country for three weeks, I want to take a minute here on the blog to say thanks to this man. He not only encourages and honors the things I do, he gets involved as much as he can. His positive energy, his smarts and his willingness to work hard have helped make Change the Truth everything it has become. He's a behind-the-scenes kind of guy, but trust me when I say that so much of what has happened with the growth of CTT is because of Eddie.

Eduardo, I wish you were going to be on Team 5. The children will ask how "Papa" is, and I will tell them you are thinking about them and always working hard on their behalf. Thank you for all you do to make sure the financial aspects of CTT stay on course, for loving the children and for helping me be the best Mama G. I can be to them.

(The studio shot was taken by photographer extraordinaire and my new lighting mentor, Chuck Arlund.)
Posted by Gloria Baker Feinstein at 11:04 PM

What a great story, and great guy you have!

Great story….I am glad to have known you for about 20 of your 39 years
together….you are true friends. -L.