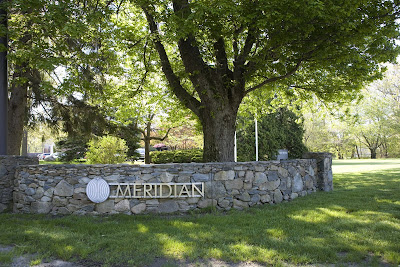 The making of “Kutuuka” has been quite the collaboration. Working with essayists, a designer, an editor, proofreaders and printing project manager has comprised a good portion of the past four months. Now that I am at Meridian Printing, the notion of collaboration has really kicked into high gear. There are pressmen involved - Kevin, Jim, Steve and Dave. They run the very large Heidelberg printing press like ship captains and first mates. Then there’s George, who oversees the press-room, including the massive machinery, the pressmen and each printing job. Mike, who did all the pre-press work (tri-tone and color separations) helps make sure the printed job accurately reflects my original intentions. Finally, Adam, with whom I have been working long distance every step of the way – from bid to proof reviews – keeps the whole show running smoothly. 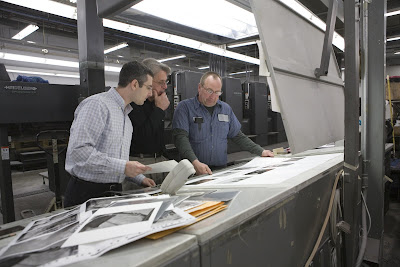 These guys take their job very seriously and are committed to making this book look the very best it can possibly look. They are master craftsmen. They are also really patient and kind. 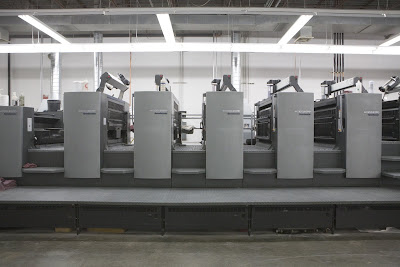 The press can print 7,000 pages per hour. It’s a monster. It has more rollers and ink fountains than you can shake a pica stick at, and it hums with magnificent power and grace.

We got the ball rolling at 8:30 a.m. Carol and I were ushered into a nicely appointed lounge, where we both promptly set up our laptops, started sipping bottled water and munching on various snacks. Eventually, Adam led us into the press-room to take a look at the first “form” (which will become a signature) from the black and white section of the book. In all, there will be seven signatures made up of sixteen pages each. With the first one, there was a lot of adjusting required to reach the desired density, weight and contrast of the images. Once we nailed that, there was an issue with banding (faint streaks) in one of the images. That was corrected by changing several of the rollers on the press. By lunchtime, I had signed off on the first form… literally. Not Barack Obama signing a bill into action, but close. 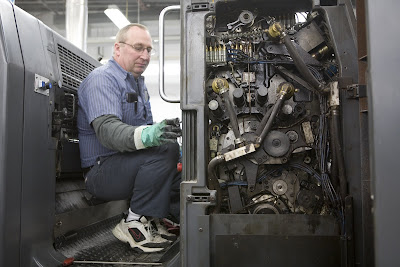 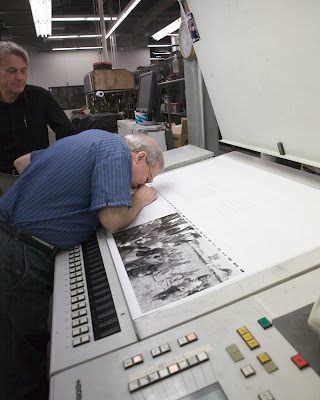 It’s a slow, tedious process. Carol and I spend a lot of time waiting. Once a form is approved by me, it takes a half hour or so to print it. Then, the plates on the press need to be changed over to the next form, and the whole process begins again. After about two hours, we are called in to look at the next form and determine what tweaks need to be made. This can take another half hour to hour. 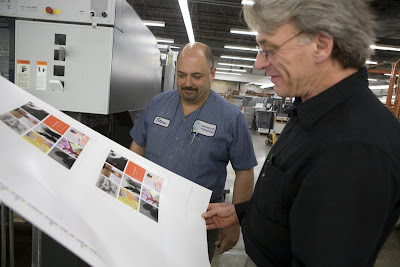 But it is beyond exciting to see the book get to this point. And it is very cool to be printing it in the hallowed halls of Meridian, where people like Richard Avedon, Lee Friedlander, Judith Joy Ross, Annie Leibovitz, Emmet Gowin and John Szarkowski have also sat around waiting to approve forms that have just rolled off the press.
Posted by Gloria Baker Feinstein at 10:07 PM