team 6 post by suzanne: a doll for a doll 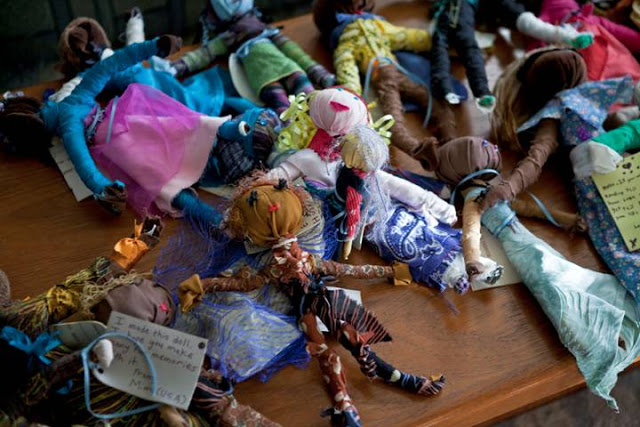 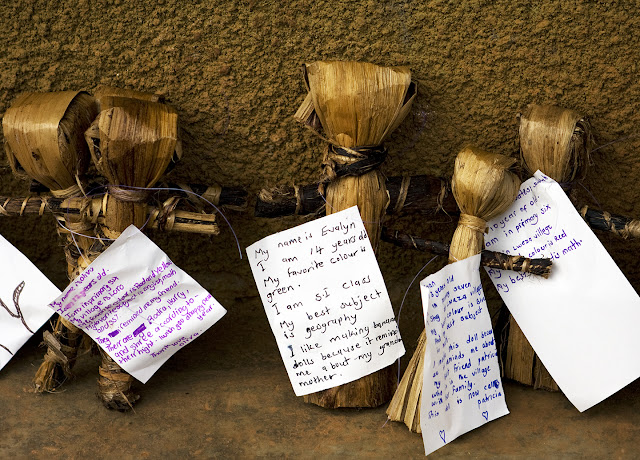 "In my many bags that I stuffed with donations to take with me to SMK, there was one bag that contained a group of very special dolls made by some children in California. They were created at Open Air Studios for the children in Uganda. Each doll was made out of a variety of colorful and textural fabrics and was a personal expression of the child who made it. Elaine Armour, founder of Open Air Studios (see blog entry from December 11, 2012) and her students carefully packaged up the dolls so they could be given to the children for Christmas.

The children at SMK are familiar with dolls, of course; each year they make banana fiber dolls for the CTT annual friendraiser/fundraiser.  As the children were making their banana dolls and writing short little stories about themselves and the doll they had just made, I gave them each one of the dolls from California that also had a small story attached.  It was a doll for a doll.

There are no words to describe the moment you give a child a gift , especially one that is made for him or her by another child. This gift can be held and played with - and it will be at their side when the children say their prayers and go to sleep at night.

Thank you, Elaine and the children at Open Air Studios for making children who live so far away feel close to you through the love of your dolls." 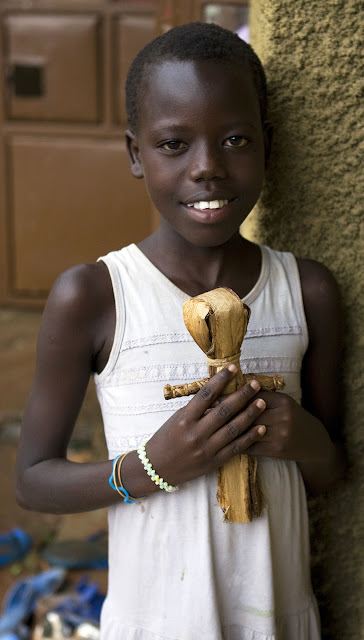 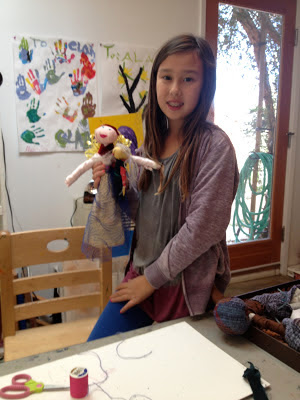 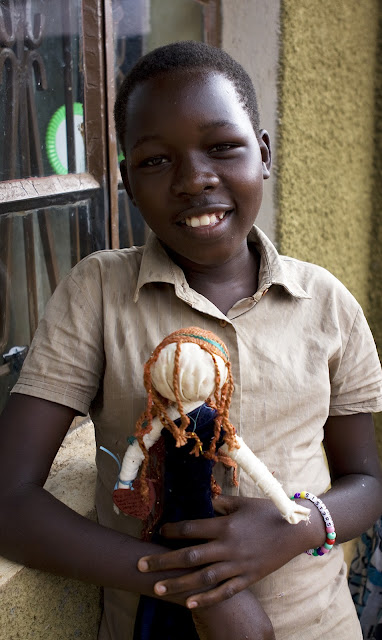 Here is one of the letters of thanks. It was written by Ronah and recently delivered to Lily, the girl in California who made Ronah's beautiful new doll;

I am very happy for the doll you have send me. I am called Ronah. My
favorite colour is orange. I am in primary six. My favorite game is
netball. This doll will be called Carol. Let me hope you will love
this name. Thanks.

Such a terrific idea and so meaningful to the children in both Uganda and California. Well done, Elaine and Suzanne!

My grand daughter is Lilly,who made the doll...what a great project...