the soundtrack of our lives

“I’ve been saving all my money just to take you there.
I smell the garden in your hair.”

Continuing our trip down memory lane: last night we took in Crosby, Stills and Nash on a picture perfect night at (hands down) the best outdoor theatre ever (Starlight), alongside lots of other nostalgic fifty and sixty-somethings. These guys, true rock and roll warriors, have endured for forty years.

Crosby sauntered onto the stage with his hands in his pockets, his freak flag still flying (now it’s silver, and with the back lighting on stage, it looked gloriously like a halo) and let loose with some clear and chilling vocals. The man is s.i.x.t.y.e.i.g.h.t years old! Every time he and his friends opened their mouths during the first set, tears just rolled down my face in response.

I wasn’t expecting that, nor could I explain it. Maybe I was just overwhelmed and moved to realize that so many years have kind of zipped past us all, without warning and without apology.

Stills played an incredible guitar all night long. Both he and Nash still have it in the vocals department, too, even though at times they strained to hit the high notes. In fact, during the first set (all acoustic) the three of them struggled now and then to stay in tune and in harmony, but the crowd was patient and even seemed to quietly cheer them on. They seemed, at those moments, old and vulnerable.

But when they got out their electric guitars for the second set, all hell broke loose, and these guys were twenty-somethings all over again.

So were those of us in the audience.

Just to put things in context, then, here are Eddie and me from that era, in our early twenty-something glory. 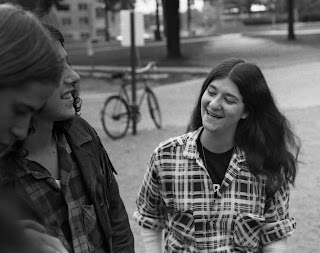 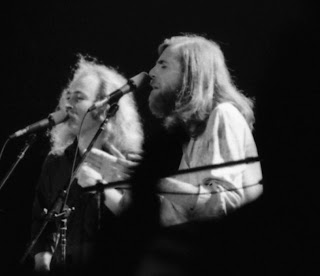 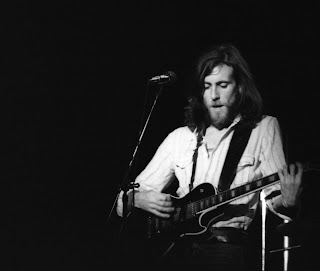 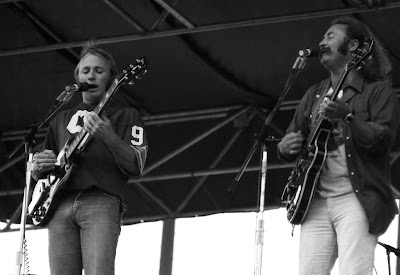 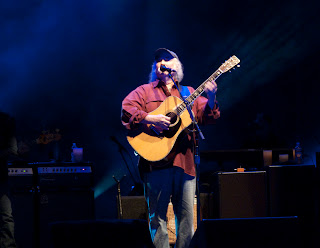 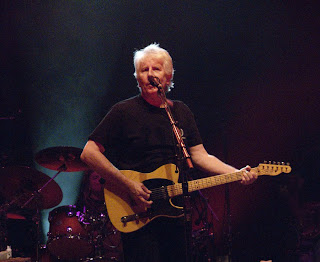 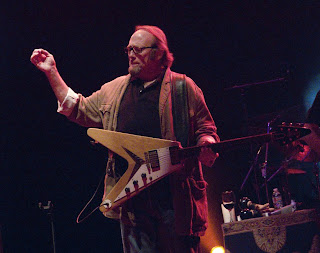 Posted by Gloria Baker Feinstein at 11:16 AM

that picture of dad is classic!

Eddie's jacket; classic, and I'm sure coming back in. Max will be sorry you don't still have it. (But maybe you do.) Gloria, classic shot of you. So glad you still had the old pix and added the new.

He has the jacket, and it still fits!