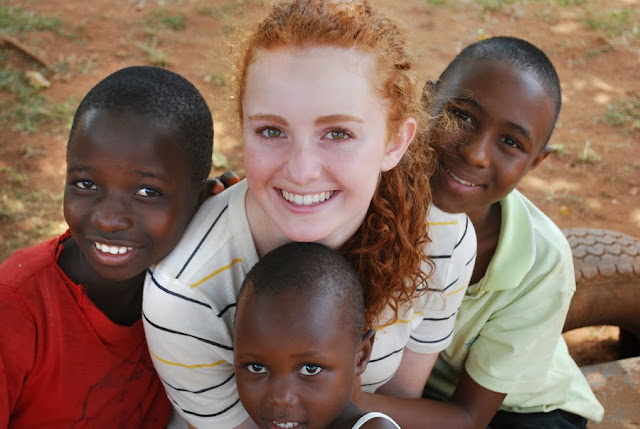 Yesterday, Tina asked me a question, out of the blue: “Leah, what does ‘change the truth’ mean”? To tell you the truth, I had a lot of trouble answering that straightforward question. Earlier today, Claire Faith asked me the same exact thing. Seeing that I was having some difficulty formulating a coherent answer, she tried to help me out a bit. She described how many people consider the “truth” of an orphanage in Uganda to be a place where impoverished orphans spend their childhood, always feeling alone. Changing that truth is what Gloria and everyone involved with CTT does. Not only does CTT change and improve certain aspects of SMK’s challenges, it changes the way people think of orphanages.

When I think of SMK, I think of beautiful children who are in a place of love and support. Take Maureen. When little Maureen came to SMK, she had no one, and simple activities like eating and walking seemed like too great a burden. That is not the Maureen I met a few days ago. As Jennifer says, Maureen walks around SMK like she owns the place. She is playful and giggly and loving. Everyone is friends with her, and it seems like she feels comfortable with just about anyone she spends time with. By coming to SMK, and having Melissa and CTT friends and all of the other children, Maureen’s truth has been changed.

The truths of the thirty-two sponsored students have been changed by CTT. The truths of every single student at SMK who receive three meals a day, and countless other things have been changed by additional CTT support. Yesterday, Wasswa Nelson showed Team 7 a power-point presentation about (and a demonstration of) his award winning safe water app. I am amazed by the things that Nelson has accomplished. He is one of the most hard working, dedicated, and bright people - a great inspiration for those of us who have met him. He spoke to Bill Clinton on the phone and may meet with him next year! Nelson’s truth was changed when he was sponsored by CTT to go to school and to travel to America to compete against app developers from schools such as M.I.T. and Berkeley. CTT provides kids and young adults with the tools they need to accomplish great things, not going in and doing everything for them. People like Nelson are contributing to Uganda solving Uganda’s problems, which is invaluable. Someone may interpret the words 'change the truth' however they want. I think that to change the truth is to build a foundation for greater things in the future that wouldn’t have been even imagined before.

Written from the heart. So touching!

Change The Truth also has altered realities for people whose every need and opportunity had already been met but whose hearts were not filled... Like you, Leah! I am so happy to read your post today.
Love, Leslie

Wise beyond her years…
- Susan