i went to a synagogue in uganda! 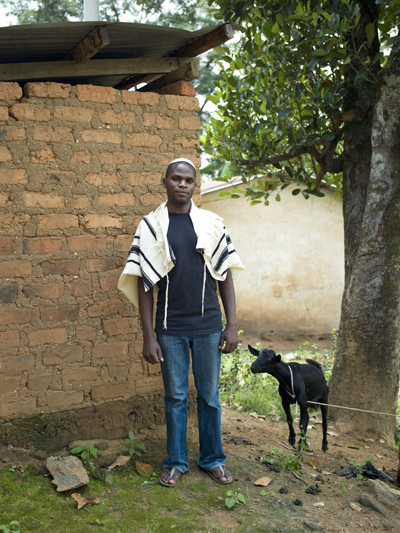 I won't be home for Rosh Hashanah, but I did just go to a synagogue near Mbale. Rabbi Gershom welcomed me with open arms, even though I had no appointment, just showing (up out of nowhere) in his very remote, hillside settlement on a boda-boda. The settlement he oversees is one of five in the area surrounding Mblae. The Jews in Uganda are called the Abayudaya (Luganda for "People of Judah"). Rabbi Gershom is actually the spiritual leader of all the Abayydaya. He was ordained at the American Jewish University in Los Angeles in 2008 under the auspices of the Conservative movement.

Judaism has been around here for about 100 years. There are about 2,000 Jews in Uganda currently; there were more before Idi Amin, who badly persecuted them. They are mostly farmers, and they are strict about observing the Sabbath and all Jewish holidays, as well as keeping kosher.

A very sweet and very smart young man called Samson gave me a tour of the grounds. I shopped (yes, they have a gift shop!!!!) and saw their four Torah scrolls. There was a palpable excitement around the place for the upcoming High Holidays. I wish I was going to be here for their services.

If you're interested in learning more about the Abayudaya, there is plenty of info available. Just do a Google search.

Eddie, get ready to don a handmade Ugandan yarmulke for Yom Kippur!


Posted by Gloria Baker Feinstein at 1:44 AM