"My friend Steve has recently been going through his sons’ (now 19 and 17) childhood toys, books and art supplies.  Before I left for Uganda, he delivered a stack of felt squares and suggested, since they didn’t weight much, perhaps I could take them with me.  I left them on the kitchen table, where I walked by them several times a day for a few days, not quite sure what their purpose would be. Eventually, I saw the brown and beige colors as skin tones and decided on an art project making 'felt friends'.

Hurriedly, I gathered things I had around the house and my studio for decorating little felt people:  feathers I inherited from my friend Meagan, fabric remnants from my friend Sally, and sequins, buttons and beads from my daughter Anna’s old art supplies.  I also threw into my bag, one of Anna’s favorite childhood stories called the Paper Princess about a girl who makes a paper doll which is then carried away from her by the wind.

Upon arriving at St. Mary Kevin’s yesterday morning, Gloria and I unloaded this seemingly casted off  'stuff' from home and opened the art room.  Slowly the room began to fill, and I quickly discovered that our old 'stuff' were small treasures for these kids.  We cut out the figures from a cardboard template, and then the kids went to town cutting, pasting, and decorating.  They gave their 'friends' hair and clothes and capes, and names like Angel and Princess.   Dozens of kids filled the little art room, until every last bead, each piece of felt and all the glue were completely used up.  Later they carried them back to their dorms where they found special places for keeping their 'friends' safe." - Bobbie 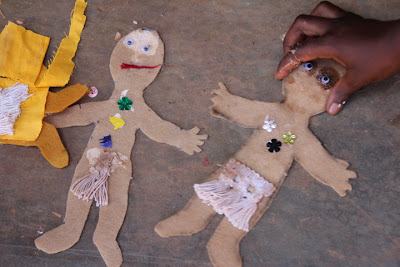 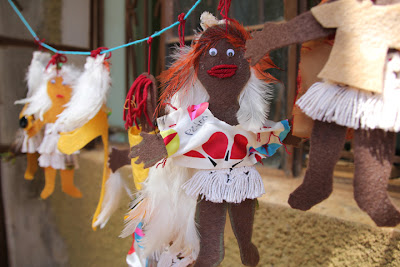 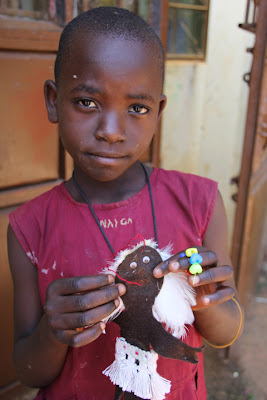 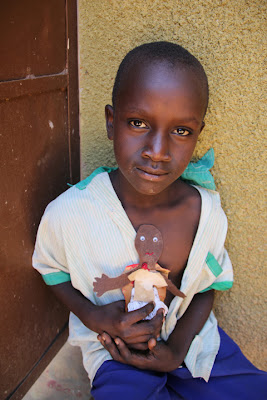 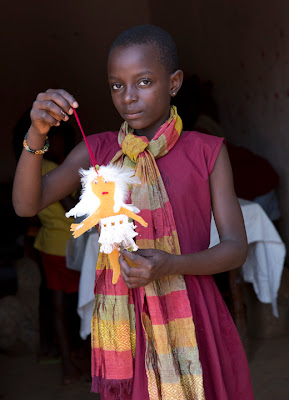 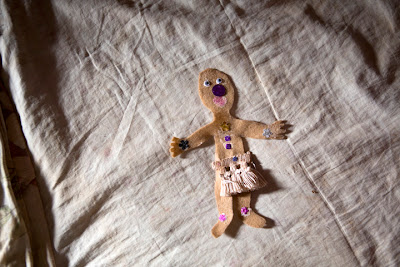 I really like how the dolls turned out, and the picture of all of them hanging on the line to dry.