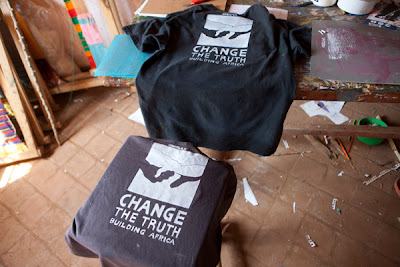 Another gift given by Team 5 member Shane was a basic lesson in silk screening. He brought plenty of screen with him and showed the "art club" artists how to stretch it into place so they could continue to print after we left.

Willy was one of the artists who watched the silk screening demonstration. He soaked it up like a sponge, and I could see the gears turning in his head while Shane taught the lesson.

One morning not long afterward, Willy motioned me into the art room. He showed me a stencil he had made and printed. It was the CTT logo! He had painstakingly cut it out with a razor (using the logo on one of our brochures for reference) and had silk screened it onto a piece of paper. He had also made a stencil of a map of Africa with a heart, based on a necklace I had been wearing. I suggested he go to the market and purchase some second hand t-shirts, that surely he could sell some CTT shirts to the team members. In fact, the first two who came into the art room to see what was going on immediately announced they wanted to buy one!

What Willy did instead says so much about how thoughtful these kids are. He proceeded to print a t-shirt for each team member, personalizing some with the individual's name. He then wrote beautiful notes, wrapped the shirts in newspaper and handed them out as gifts.

Knowing how to silk screen could open up all sorts of opportunities for SMK artists. Willy could easily begin a small t-shirt printing business, and I wouldn't be surprised if he does! 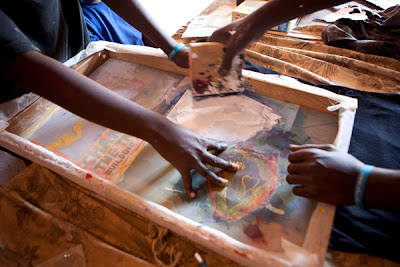 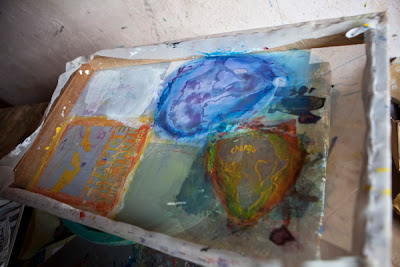 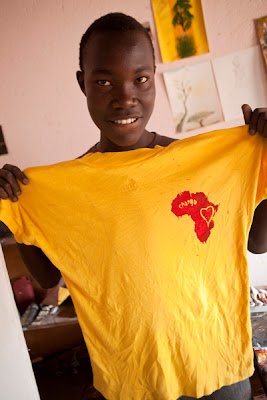 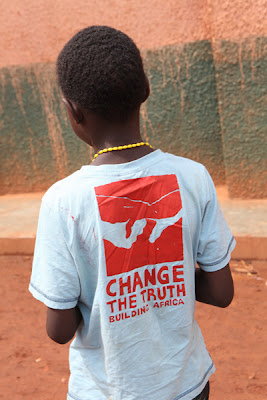