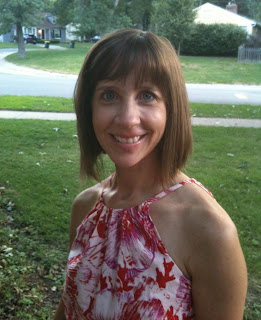 I first met Dawn Taylor at the Change the Truth annual fundraiser three years ago. She was enthralled with the artwork done by Nicky and had purchased a couple of his pieces. She continued to attend our event, always looking for more of Nicky's work. (She also purchased a wonderful drawing by Nicky's sister, Issy.) Dawn and I started talking that first year, and she told me she would like to accompany me to Uganda one of these days.

Well, that day is coming soon! Dawn will be a member of Team 5. She'll finally get to meet Nicky, Issy and all the other special children at St. Mary Kevin Orphanage. Dawn is so excited to be going, and I am thrilled that this talented, enthusiastic, gregarious and energetic woman will be part of our group. She's going to be a tremendous asset to our team. I know the children will fall in love with her.

A native of Oklahoma City, Dawn graduated with honors from Duke University. She moved to Kansas City in 1989 and spent a short time in the corporate world before recognizing that her calling was in the not-for-profit sector. It was a happy accident that landed Dawn at The Nelson-Atkins Museum of Art, where she spent more than nine years in various membership and development roles. She was part of the team that developed the strategic plan that led to the historic expansion of the Museum, designed by Steven Holl.

Dawn then served as director of development for Kemper Museum of Contemporary Art from 2003 to 2010, raising more than $1 million annually. After 17 years of fund raising and friend raising for art museums in Kansas City, Dawn joined American Institute of Architects Kansas City as Executive Director in June 2010.

Dawn is a devoted Duke alumna, serving on the national board of the Duke Alumni Association for four years. She has chaired or co-chaired two of her class reunions and serves in an ongoing role as chairman of the Duke Alumni Admissions Advisory Committee for Kansas City. She currently serves on the board of Kansas City-based Quixotic, volunteers with Operation Breakthrough, and is looking forward to traveling to Uganda in December with Change the Truth. She is the mother of two teenage daughters, and they will host a foreign exchange student from Belgium in January 2012.

Dawn has been a staunch supporter of CTT since the day she first learned about us. I have a feeling she's going to be in our corner for a long time, especially after she gets to know the children up close and personal. Welcome to Team 5, Dawn! It's going to be an awesome adventure.
Posted by Gloria Baker Feinstein at 10:13 PM