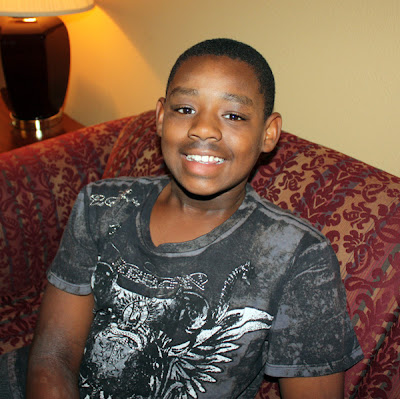 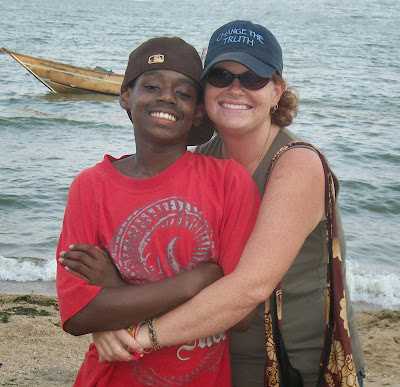 Is it possible that this is the same boy?

The answer is probably: yes and no.

Some of you may remember the slightly stubborn 11 year-old who proclaimed in front of a big crowd at the 3rd Annual CTT event that he was NOT excited about moving to Uganda. Personally, I don't remember seeing Antwain smile all that much during the moving process. It had to have been pretty overwhelming and scary.

He had to get all of his personal items into one piece of luggage. That's a lot of downsizing, especially for an American kid who has lots of things. He had to say goodbye to his friends and his family, his house, his school, Chipotle, beef jerkey, his bike, his Wii.

Antwain has been living in Uganda now for 10 months with his mom, CTT's amazing orphanage social worker and liaison. He just celebrated his 12th birthday. He has transformed from a kid to a young man in Ugandan, and I, for one, hope he writes a book about his experience one day.

Melissa wrote this about Antwain on her blog recently:

"One of Antwain’s greatest loves is playing the drums. His skills have really improved considerably since arriving in Uganda. He is confident and talented and content as he drums away to a rhythm that was I swear was born inside of him…the tall drum being his favorite to play.

As I was walking through the school the other day, I came upon an impromptu dance and drumming session with some of the children. My boy was leading the drumming troops as many girls practiced their dance movements. I could not see a trace of little boy in him at that moment, which made me a little sad but also extremely proud."

Antwain, I hope at the very least you're keeping a journal so that the book I'm hoping for is in the works!
Posted by Gloria Baker Feinstein at 9:05 AM