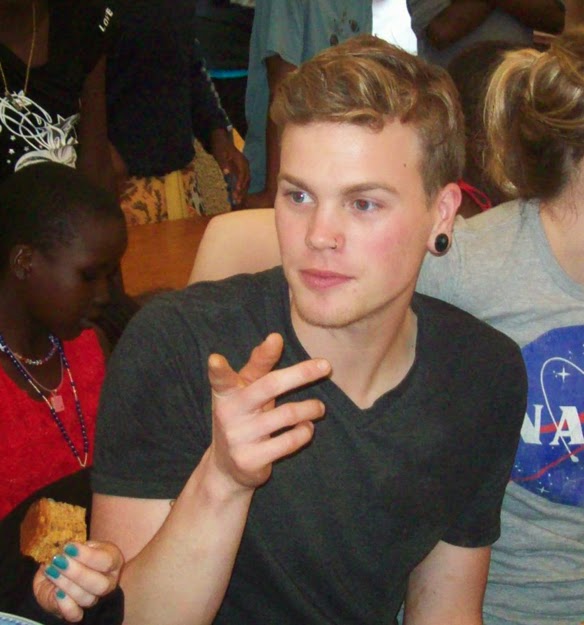 "Our fourth day here at SMK was Christmas Day! The day started a little later than usual, arriving just after 11am. However, Suzanne woke up early and arrived at SMK around 8am, to help set up decorations for Christmas dinner and the talent show.

By the time we arrived at SMK the whole court yard was decked out in holiday decorations! We helped finish stringing up ribbons and paper snowflakes made by Suzanne and the children the day before.

We started the day’s festivities with Christmas dinner. The cooks, with the help of the children, had made matoke, 'Irish' potatoes, turkey, beef stew, rice and chicken. I have never seen such little people eat so much food in one sitting. It was incredible.

After dinner, we started with the annual SMK talent show. The show kicked off with the SMK girls’ choir, followed by the SMK 'Shining Stars,' performing a dance, and many other entertainers including, Rosette as the MC, the Gucci Band, and of course Nicky. As we were rolling through the show it started raining, which quickly turned into a bit of an ordeal that threatened to soak all of the music equipment!  So, the show had to be put on hold.  After the rain let up Team 8 performed a hilariously unrehearsed rendition of the '12 Days of Christmas,' that turned out better than any of us expected. 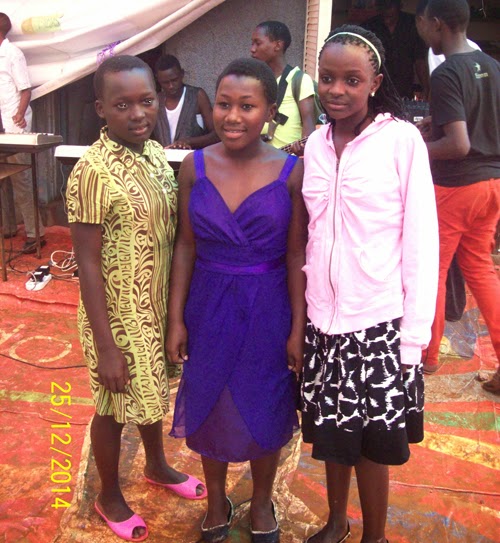 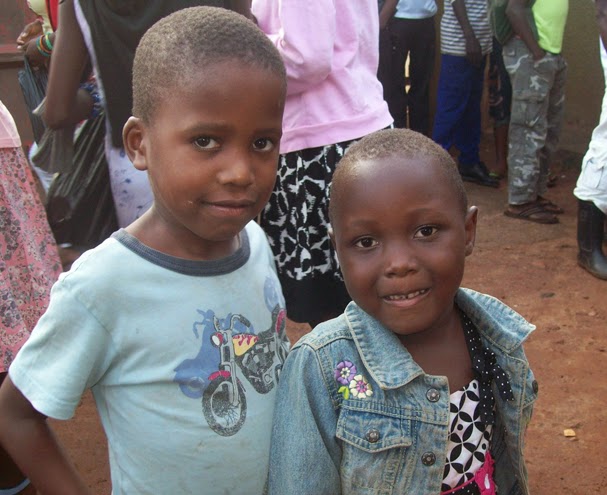 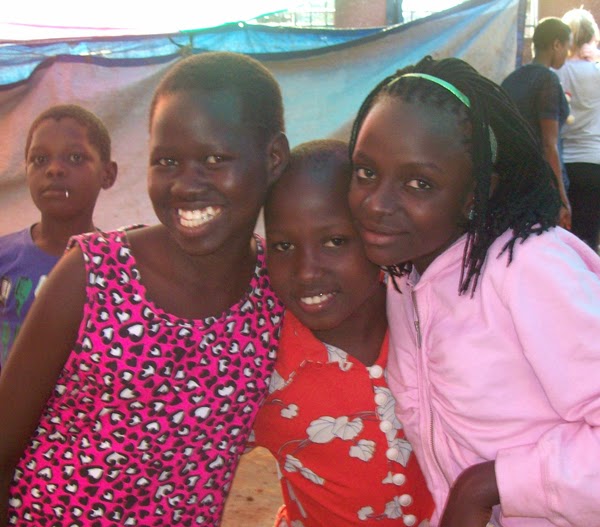 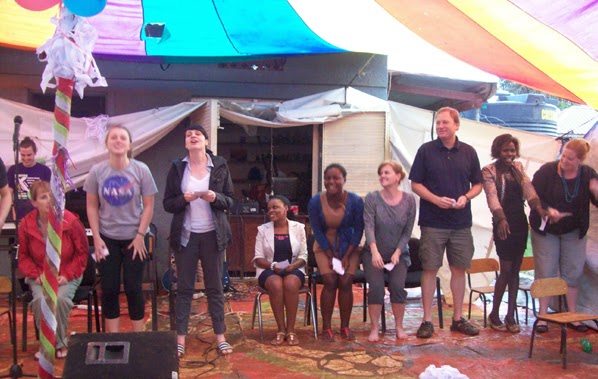 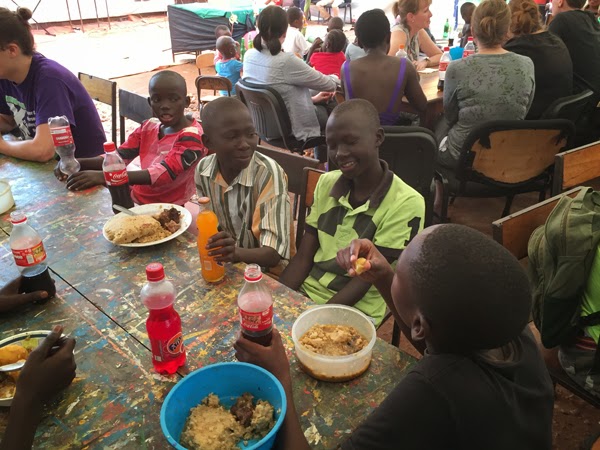 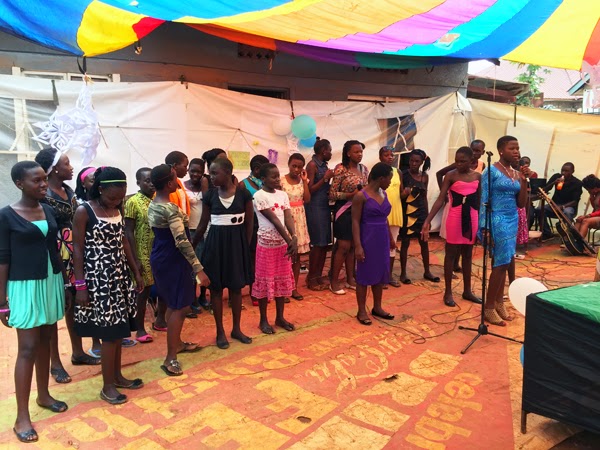 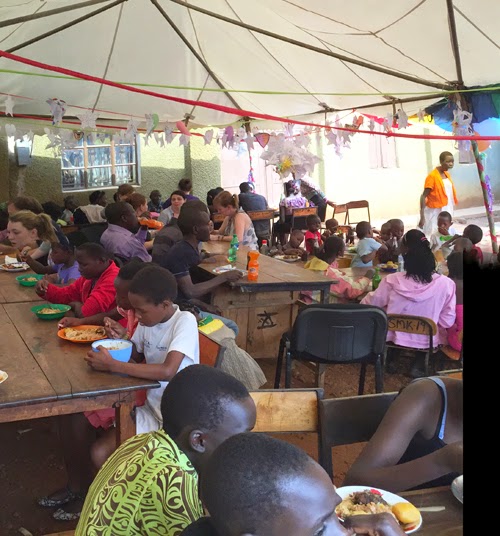 Thanks to Joseph and Alan for the pictures!

Posted by Gloria Baker Feinstein at 10:40 AM