excuse me, may i take your picture?

I am often asked about the legal aspects of taking pictures on the street. It’s a really interesting topic these days; just about everyone has a camera in his or her pocket now.


The right to take photographs is being challenged more now than ever. People are being stopped, harassed and intimidated into handing over their digital cards or rolls of film simply because they were taking photographs of subjects that made other people uncomfortable. I've been told on plenty of occasions to stop taking pictures: in places like US bus and train stations, the slums of Kampala, airports and of military personnel in uniform in Uganda and Rwanda. Oh, and of my kids, after too many years of "c'mon, just one more?"

The general rule in the United States is that anyone may take photographs of whatever they want when they are in a public places. Absent a specific legal prohibition such as a statute or ordinance, you are legally entitled to take photographs. Examples of places that are traditionally considered public are streets, sidewalks and public parks.

Almost anything you can see you can photograph. If you can see it, you can take a picture of it. If you are standing on public property you can photograph anything you like, including private property. It is important to realize that taking a picture is different than publishing a photo, which leads to the next point.
As long as you are not invading someone’s privacy, you can publish his or her photo without permission. You can take someone’s picture in any public setting and publish it without consequence (even if it portrays the person in a negative way) as long as the photo isn’t “highly offensive to a reasonable person” and “is not of legitimate concern to the public.”
As long as you aren’t using someone’s likeness for a purely commercial purpose, you have the right to publish the photo. You can use your photos of other people without their permission for an artistic or news purpose, but you can’t use them for a commercial purpose (such as an ad). You could sell a photo of a person without their permission, but you couldn’t use the photo in an ad saying the person endorses your product.
So, you do not need permission from someone to take their picture if they are in public view. However if they in an area where they have a reasonable expectation of privacy, you are not allowed to invade that privacy by photographing them. So, for example, you can't use a telephoto lens to peer into someone's bedroom. Neither can you photograph someone in a private changing room or a public restroom even if, for some reason, you can see into it. There's a reasonable expectation of privacy in such areas, and if you take a photograph and the subject files a complaint with the police, you may be arrested for charges related to invasion of privacy.
You are within your rights to photograph children in a playground, even if they are not your own children. However it's very likely that in most parts of the USA this will be regarded as a suspicious activity, and it's very likely people (including parents and the police) will question your motivation. Despite this, the act of photography under these circumstances is not illegal - but it probably is unwise. You can also photograph buildings, bridges, power lines, transportation systems, trains, aircraft, chemical plants, oil refineries, police officers, security guards, accidents and fires. Again, if you do so you run the risk of being questioned about your motives, but what you are doing with respect to photography is not illegal. Trespassing on private property to get such pictures is of course, not permitted.

Usually, I prefer to ask people if I can photograph them, even if I am not required to do so. Obviously, if I’m across the street from a subject, and their identity is hard to make out, I don’t bother. When I do ask, I’ll often also ask for an address, and I later send out a print or low-res digital file. If it’s an image I think I might want to submit to a magazine, I’ll ask the subject to sign a model release. (The Sun, which publishes my work from time to time actually requires such.) Hardly anyone turns me down. Most people love the attention of being photographed, and if their picture shows up in a magazine, that's even better!

My inspiration Helen Levitt was often a sneaky street shooter. She sometimes used a viewfinder that allowed her to point the camera in one direction and shoot in another.  When I visited her before she died, I asked her if she felt she could make the same pictures today that she became famous for. An emphatic NO. She said it’s simply no longer safe for children to play outside on their own, that most people become overly suspicious of a person with a camera and that even if she was younger and healthier she’d have no desire to subject herself to the verbal and possible physical abuse of the "nutcases" who have those suspicions.

So, anyway, here are some of my favorites from the Portland Project I started this past summer.

The first batch includes subjects with whom I had conversation and received permission to take the photo. (Some of these have received prints from me, have signed model releases and still communicate with me.) I like establishing a rapport with people I shoot, even if it is a brief encounter on the street. I am not out to harm anyone in any way. I am not a threat!

The first photo is of a couple who was getting ready to exchange wedding vows at Voodoo Doughnuts. They were so cool about me taking this photo that they invited me into Voodoo to witness (and photograph) the wedding itself! 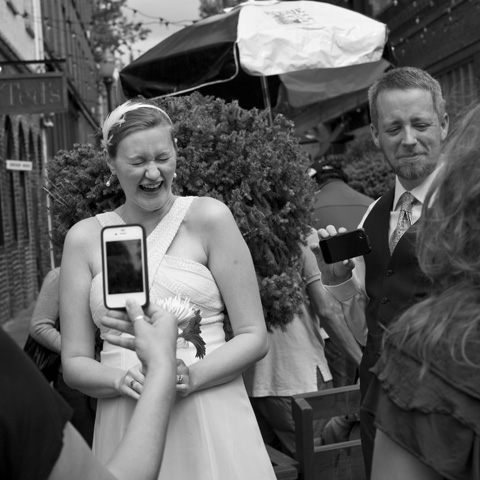 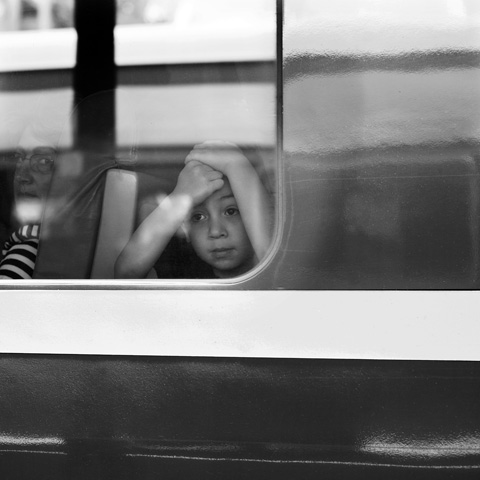 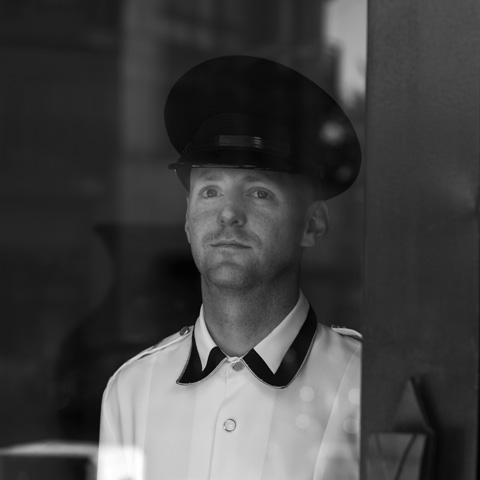 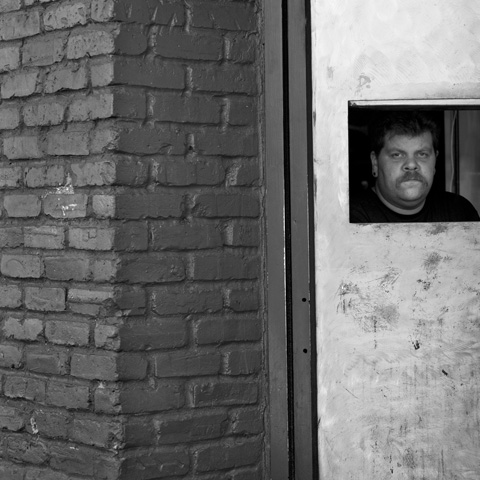 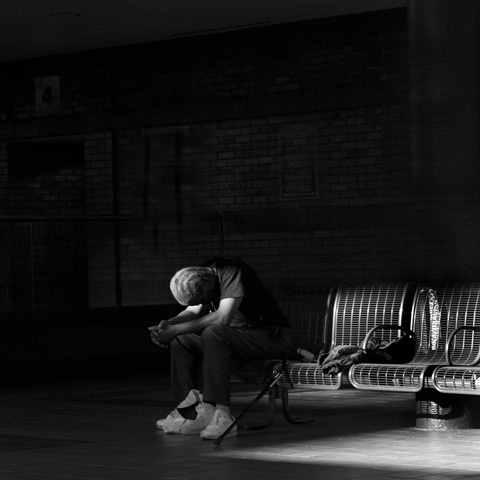 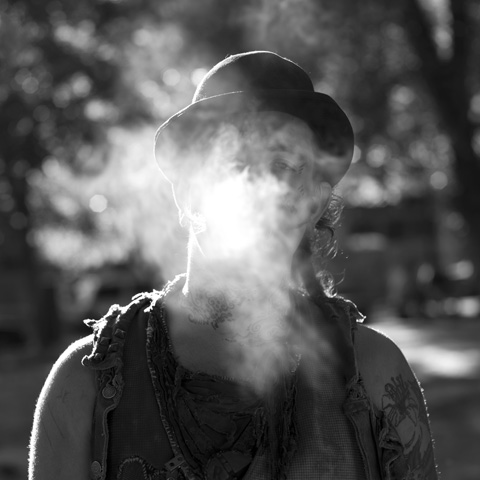 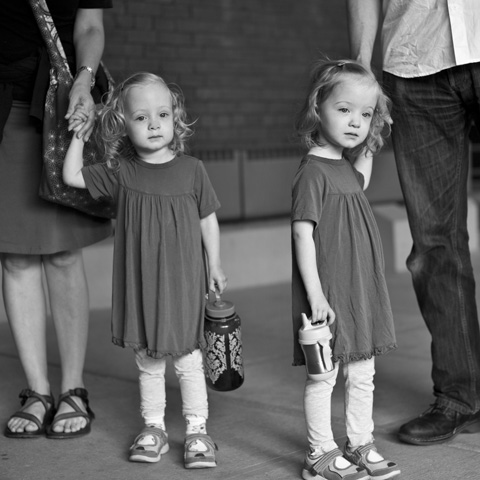 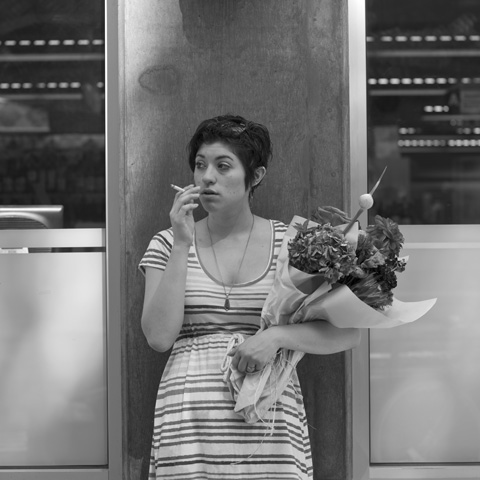 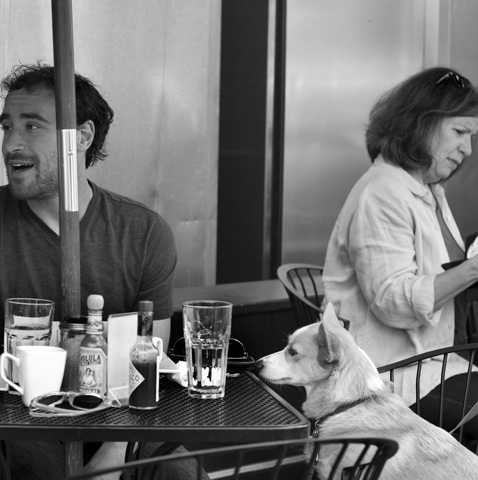 The second batch includes photos I took in places of business. I asked the owner or manager for permission, but not the subjects (with the exception of the last one). 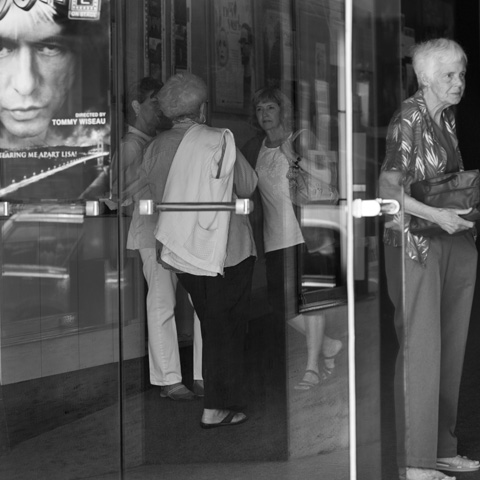 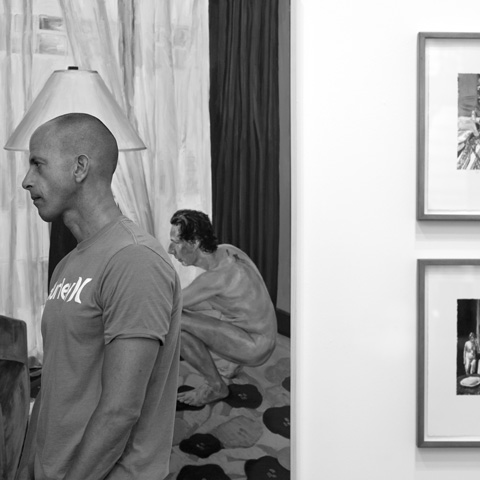 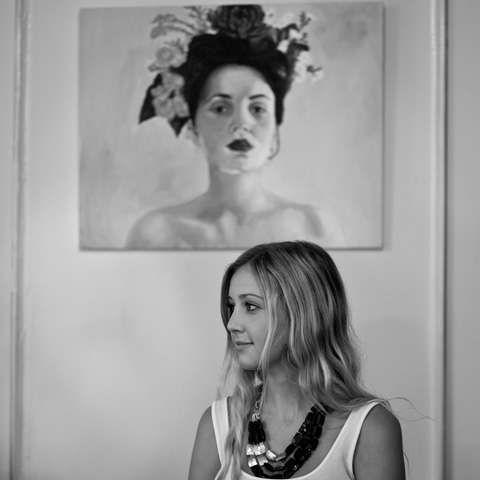 These last ones are pictures I took without asking anyone for permission. 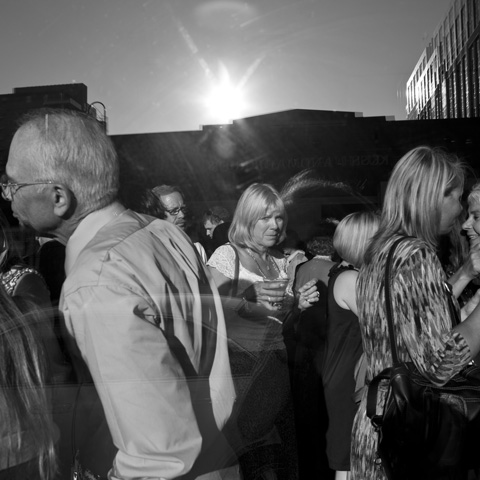 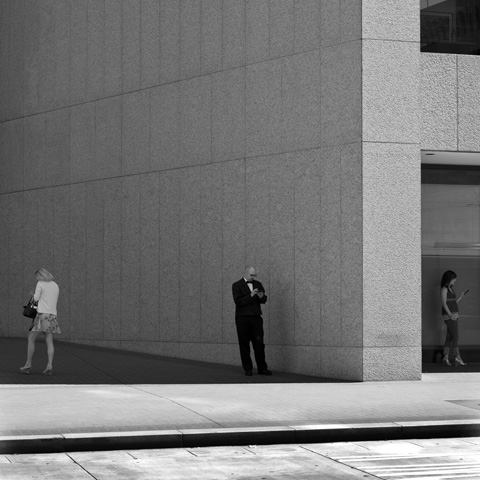 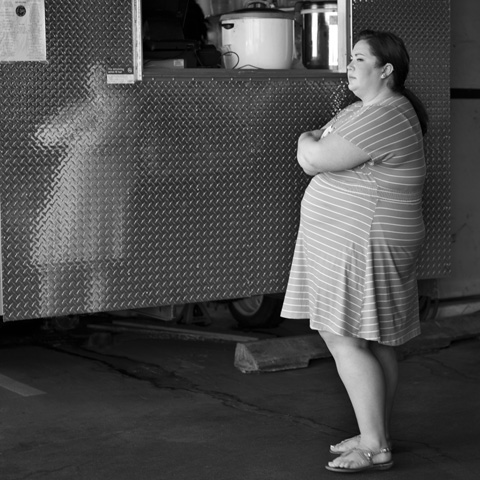 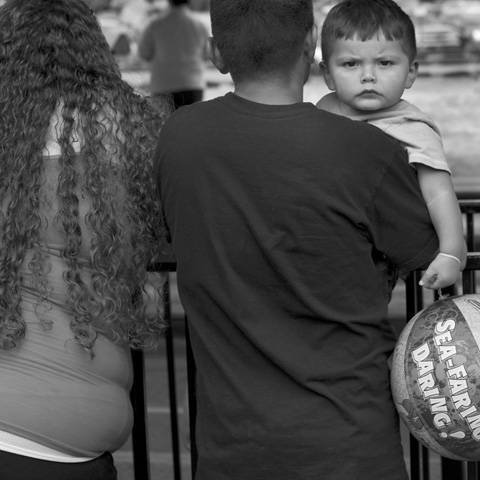 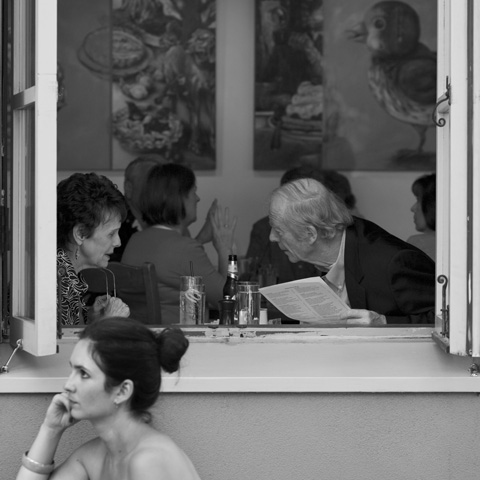 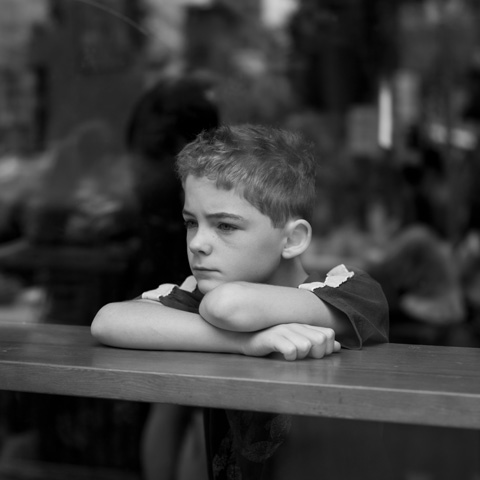 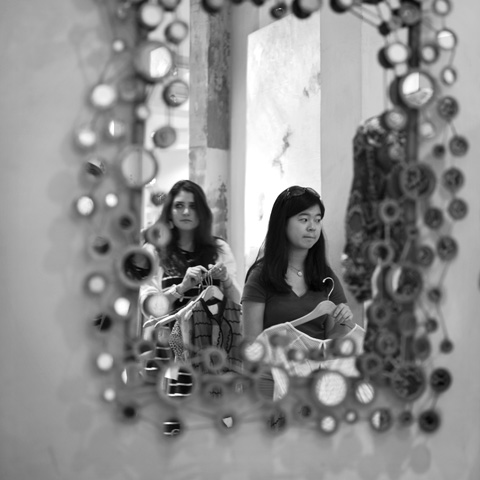 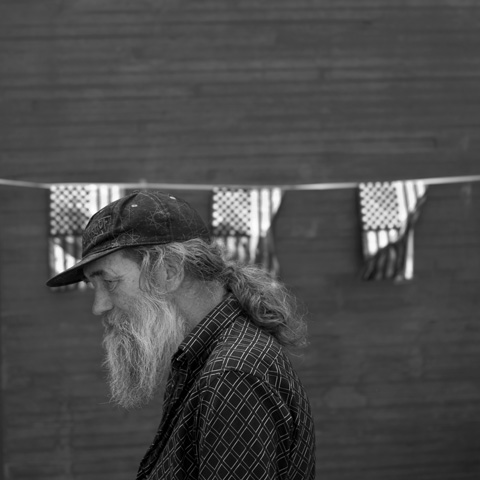 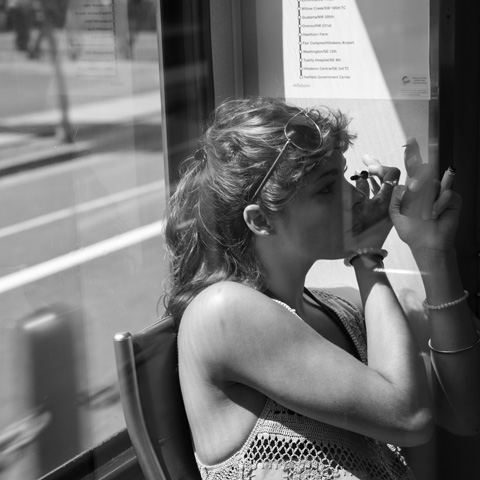 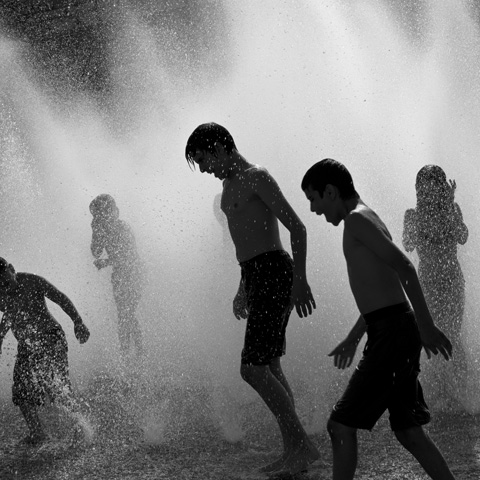 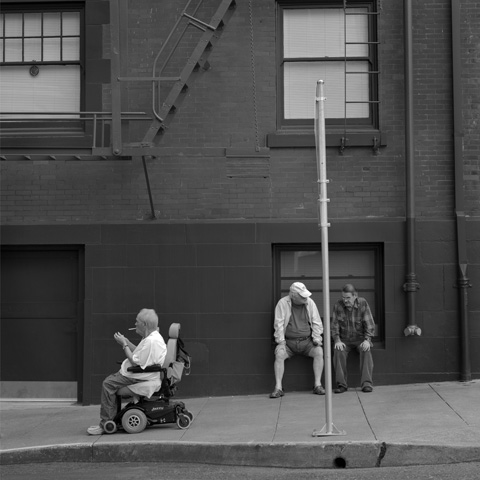 I gathered the info for this post from various sources. If you want to know those sources, just let me know. I'll have to go back online and find them.

Posted by Gloria Baker Feinstein at 10:22 AM

Wow, Gloria, thanks! I don't think anyone has ever answered a question I've asked so thoroughly. Replete with examples, too! Thank you for taking the time to put this most excellent response together.

You're very welcome! As I said, I get asked this question a lot. Thanks for inspiring me to share the info. It's important to know.

Love the pictures and the information. As Jessica said, Thanks for taking the time to put this together. Marti

-Only a crazy person would do anything to impede a creative endeavor such as what you have shared here.

There is no doubt that there are crazy people in the world. Some of them are lawyers and judges...

We discussed these issues in my class this week. More than a few of my students do feel inhibited when photographing people, and even property.

I encouraged them to remember that more often than not, people wish to share their "story" -who they are. My own experience is that whenever I am free from any thoughts of criticism or flattery, people are usually happy to be acknowledged by being photographed.

I think the ways photography can be affirmative are myriad, complex and, in the best cases, reflect the paradoxes of broader experience. But so long as, somehow, photographs are being made as some kind of affirmation, no sane person or institution can get in the way. Often enough, sane people and institutions will be supportive of such a motivation.

At least that has been my experience.
- PH

This work is fantastic. And thanks for the valuable information.
-JM