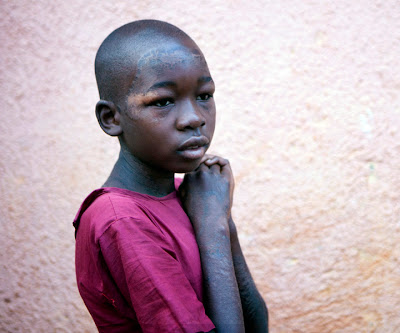 
Valentine's Day can be more than just a way to boost sales for candy companies, card shops and florists. Make it a day to share the love! And, of course, you don't really need Valentine's Day to do so. You can give valentines any day of the year.

There have been many love affairs that have sprung from Change the Truth's relationship with St. Mary Kevin Orphanage in Uganda.

On my mind today is the one between Avis (who has been on two trips to the orphanage and is now a CTT board member) and a young girl named Evalyn.

Avis fell in love with Evalyn during the 2010 trip. Evalyn was shy and quiet and always seemed sad. On top of that, she had a bad skin fungus, and she kept herself kind of isolated from the other children. Avis reached out to her, and they became inseparable.

Avis never stopped thinking about Evalyn when she returned to her life in Kansas City. The two were reunited this past December, and they established an even deeper bond. Evalyn had just recently reached an important point in her young life: she had graduated from primary school.

Avis was disheartened to learn that not all of the primary school graduates receive a CTT sponsorship for secondary school. She was even more distraught when she discovered that the children who do not get them can no longer stay at SMK. In talking with Evalyn, Avis realized that if there was no sponsorship, Evalyn would have to return to her village and the very poor and abusive father who lives there. Evalyn has really blossomed because of Avis' love. No one wanted to see that reversed, especially Avis.

So she decided to give Evalyn a very big big valentine: she became her sponsor and paid the school fees.

Now, that's the way to celebrate a day like today! 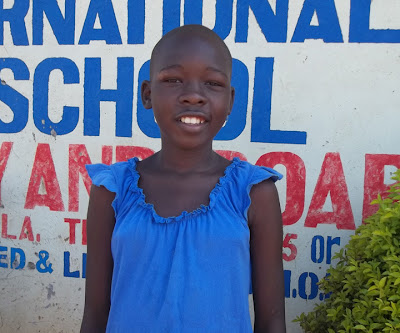 Big thx 2 Avis & Maama G. 4 givg the Kids in General an opportunity 2 see a bright future ahead of them.
From Michael