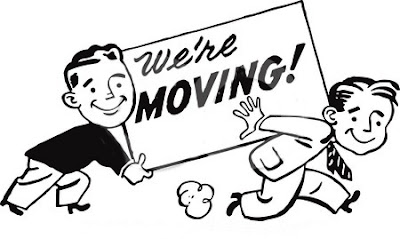 "Are you changing the truth, or is the truth changing you?"

Eddie asked me this not long after my first trip to Uganda, shortly after I had dreamt up the idea of Change the Truth.

It was an amazingly astute question. One that I continue to ask myself.

The biggest change is about to happen. This week Eddie and I will begin moving our stuff to the small apartment we bought in September. The new floors have been laid and polished, the fireplace has been built, bookshelves have been installed and the shades on the windows replaced.

Each year when I return to my big (six bedroom), old (built in 1915), rambling house after being in Uganda, I wonder how in the world can two people (Eddie and I) justify living with such excess. There are rooms we don’t step foot in for days! There are closets full of things we haven’t touched in years! There are stacks of books, clothes and “keepsakes” we have managed to ignore for decades!

Yes, we’re downsizing, or as a friend who has already done this smugly calls it: rightsizing.

Eddie’s wanted to do this for years. He’s tired of shoveling snow, pulling leaves out of the gutter, replacing broken furnaces and worn out roofs. He’s done with home ownership. It was exciting years ago. Now it’s a pain, and frankly, it’s difficult for him given his issues with Myasthenia Gravis.

But me? I like our yard, the tree lined street, the mail carrier coming up our sidewalk and the kids playing basketball on the driveway next door. I like the way our stairs creak and the absolute quiet that surrounds me each morning when the sun peeks through our bedroom windows. I like having so much wall space I can still feel like I’m a gallery owner. I like peering into our children’s bedrooms now and then, even though Abbie and Max don’t live here anymore.

There are so many pros and so many cons. Believe me, I’ve made countless lists over the past few years. Each column is long.

Well, the pros finally won out, and now we are schlepping our things a few blocks away to the fourth floor of a 12-story building on the Plaza. It’ll be cool to be right across the street from a park and just steps away from great stores and restaurants. Our carbon footprint will decrease in size. We’ll feel more urban. We’ll only keep and use those things we really need.

In a way, it’s like starting over. Fresh with a clean slate. Getting married to each other all over again. Designing a new place. Picking out some new (smaller) furnishings. Deciding on new paint colors for rooms.

I bought new dishtowels. And new pillows for our couch.

But change. It’s scary and difficult. Lord knows I’ve shed some tears over this upcoming move; I’ve questioned the decision a hundred times. But change can mark the beginning of something exciting and adventurous and can open us up to so much we hadn’t considered before. And getting rid of all the stuff we don’t need... I think we’ll feel lighter and freer!

Did I mention there is always free hot chocolate available in the lobby?
Posted by Gloria Baker Feinstein at 11:02 AM

Have to confess I'm a little jealous! Although our house is less than half the size of yours, I still feel the urge to go to a more urban, no-maintenance environment. I doubt it will happen now because we can afford the house we're in, and somehow we were clever enough 35 years ago to buy a story-and-a-half structure, which means everything necessary is on the main floor and at some point -- when we just can't make the stairs part of our exercise plan any more -- we'll move the office into the dining room and happily exist in a third of the space. Good luck with all that. MJ

Gloria, though the circumstances are different, your feelings resonate with what I feel each time we move. It's very hard to go through the house one last time when it's empty. Good luck with your new surrounding; I'm sure you will love them once you get settled-in. And thank you so much for the update on Brian - what a sweetheart he is!!