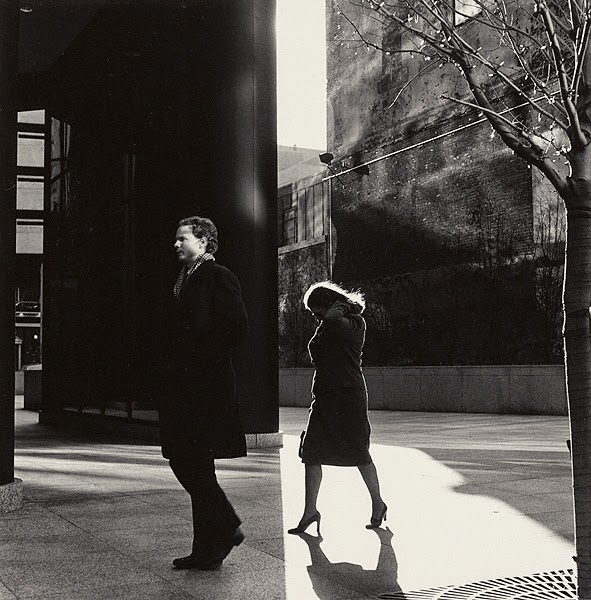 The world lost one its greatest photographers last week. Ray K. Metzker died at the age of 83. For those of you who had the opportunity to see the gorgeous Metzker exhibition at the Nelson-Atkins Museum of Art in 2011, I trust you fell in love with his work then - if you hadn’t already been a fan. Metzker’s talk in Kansas City was, at it turned out, his last major public appearance.
Keith F. Davis, curator of that sweeping survey of Metzker’s work (the show also traveled to the Getty in LA and the Henry Art Gallery in Seattle), had this to say then about the work, the man and NAMA's collection of prints:
“Metzker’s photographs strike a unique balance between formal brilliance, optical innovation, and a deep human regard for the objective world. Ray Metzker is one of the most dedicated, innovative, and influential American photographers of the last half-century. His work is at once varied in approach and rigorously unified in creative sensibility: he is interested in both the reality of the world and in the inventive potential of the photographic process itself. Thanks to a 2009 gift from the Hall Family Foundation, the Nelson-Atkins now has the largest institutional holding of Metzker’s work (92 prints) in the country.”
“Ray had a relentless pursuit of personal growth as an artist,” long-time dealer Laurence Miller said of the photographer, whose career spanned six decades. “It didn't take him long to realize a single-frame image is not as interesting as a multi-frame image. He kept exploring and pushing.
“Over the years, the graphic qualities of his work became more emotional. Where black and white images were about light and shadow [in his early work], in his later work they became more about light and darkness as a spiritual thing. The pictures became richer and richer.”
Metzker used a variety of in-camera and darkroom techniques to create his work, including multiple exposures, superimposition and juxtaposition of negatives, and solarization.
He was born in Milwaukee in 1931. After earning a degree at Beloit, he attended the Institute of Design in Chicago from 1956 to 1959. There, he studied under Harry Callahan and Aaron Siskind, among others.
“What Callahan and Siskind gave to Ray was the belief that you could pursue a lifetime of making pictures, that it was worth doing, rather than being a journalist, or fashion photographer, or commercial photographer as most others did,” Miller said. “Ray chose to live a humble life and make pictures. His work wasn't on the cover of Vogue. He didn't need to scream out, I'm great. He did it very quietly.”
After graduating from the Institute of Design, Metzker spent about two years in Europe before settling in Philadelphia in 1962. In his earliest work, he photographed unaware pedestrians in unassuming urban landscapes, concerning himself with the interplay of light, shadow and graphical elements.
From the mid 1960s to the mid 1980s, he created several ground-breaking bodies of work, including his Composites series, using entire rolls of film to creating single images that could be read in various ways; and his “Pictus Interruptus” series, for which he held objects in front of his camera lens to partially obscure the scene, creating abstract images that juxtaposed in-focus and out-of-focus elements.
During the last three decades of his career, Metzker returned to photographing cityscapes, particularly in Philadelphia, making poetic images that incorporated the vocabulary and technique he had honed over the years.

Ray was an extremely gentle and caring human being who possessed very little ego,” Miller said last week. “He really cared about the average person. His subjects were just ordinary people like you and me. There was no fashion, no models, and it was just about the everyday world. I think that reveals a lot about him. He had a great sense of humor, but he still took things very seriously.”
"He discovered things you'd never notice, never expect - the pattern on something or some cubbyhole," said his wife, the photographer Ruth Thorne-Thomsen. "And the world would never be the same again."

Ms. Thorne-Thomsen would occasionally walk with her husband through Center City, into South Philadelphia, all over the city.
"He would squint, leave one eye open, and then look at his watch," she recalled. "That was so he'd know what time of day it was."
What emerged from his darkroom - Mr. Metzker never used digital technology - "was rich, endlessly rich," she said. "Everything was to be mined, a treasure to be mined." 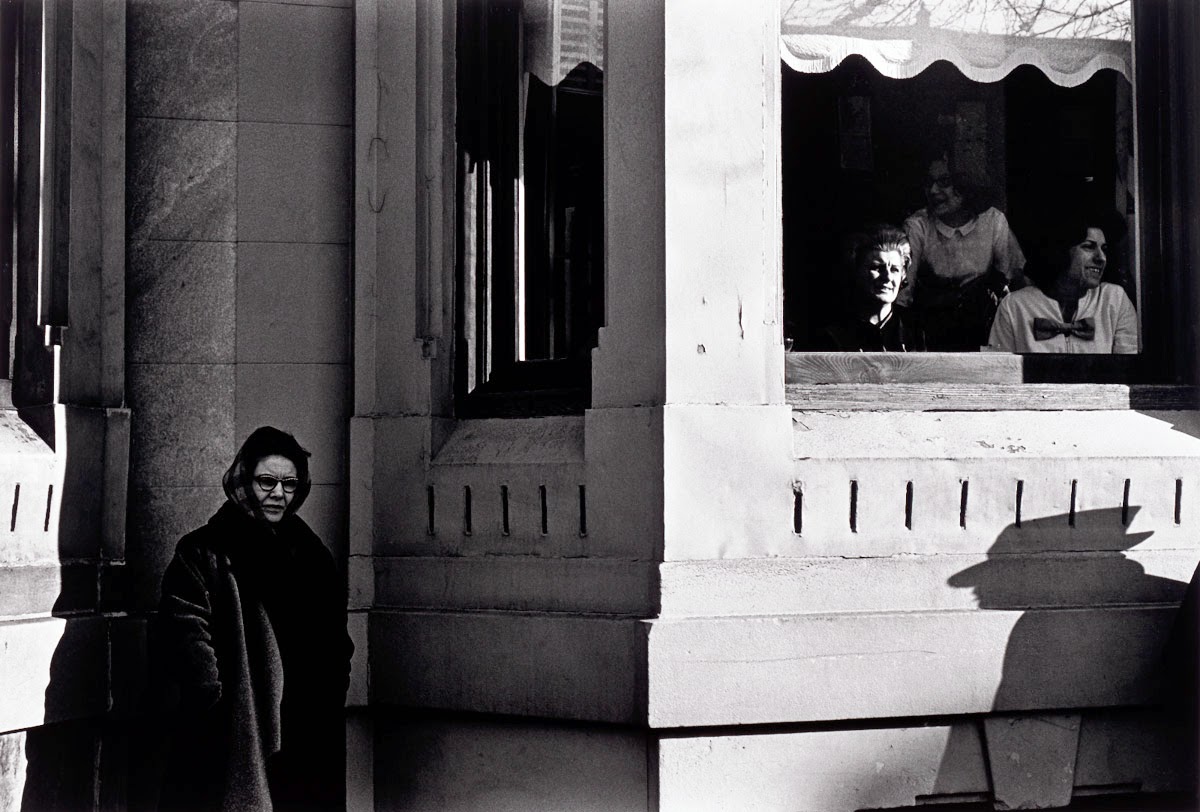 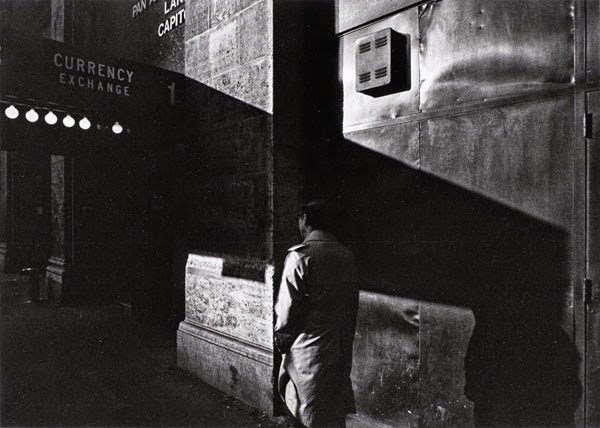 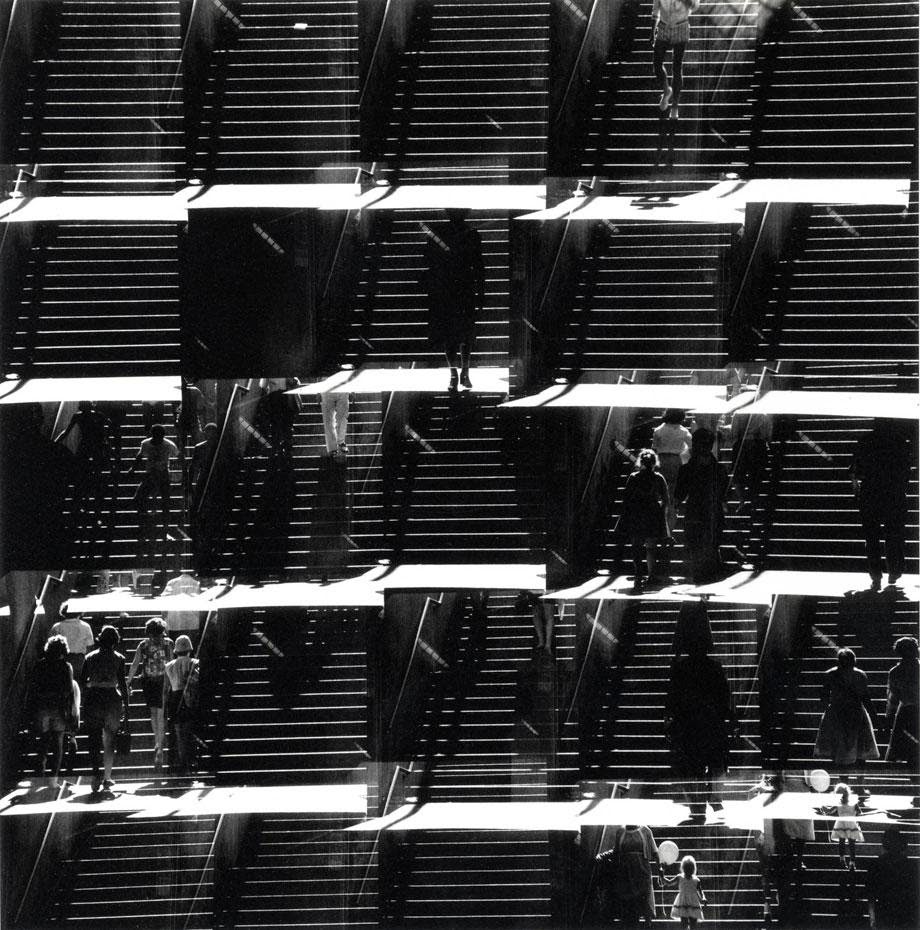 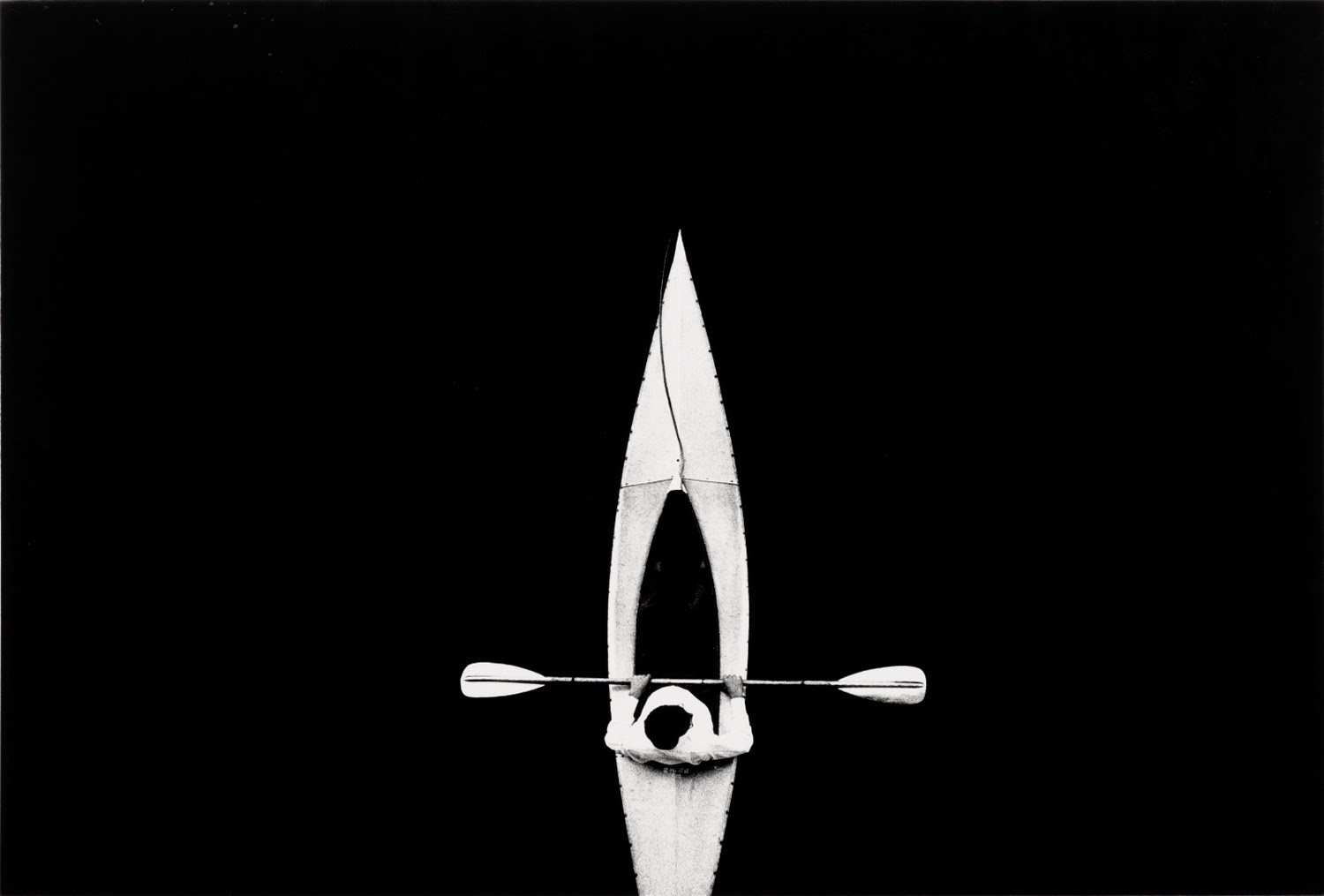 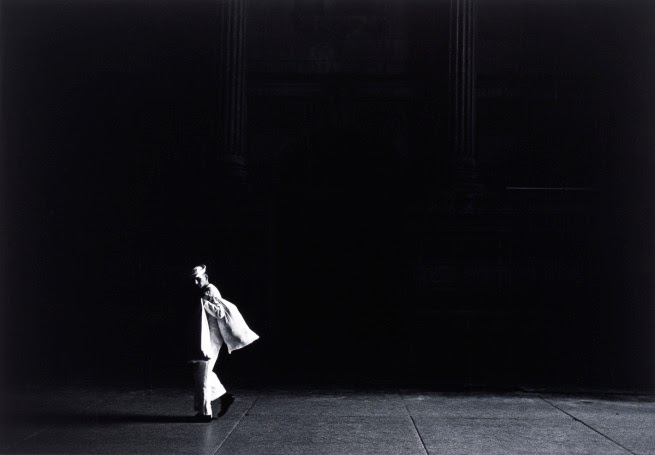 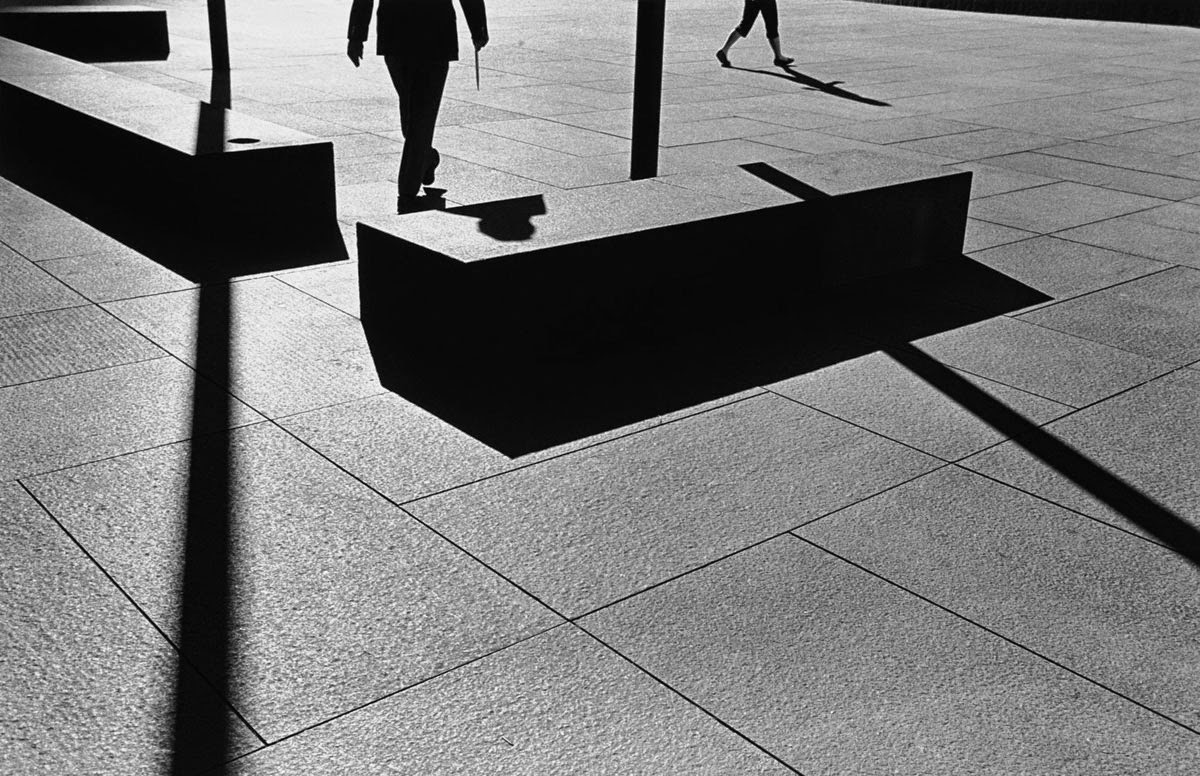 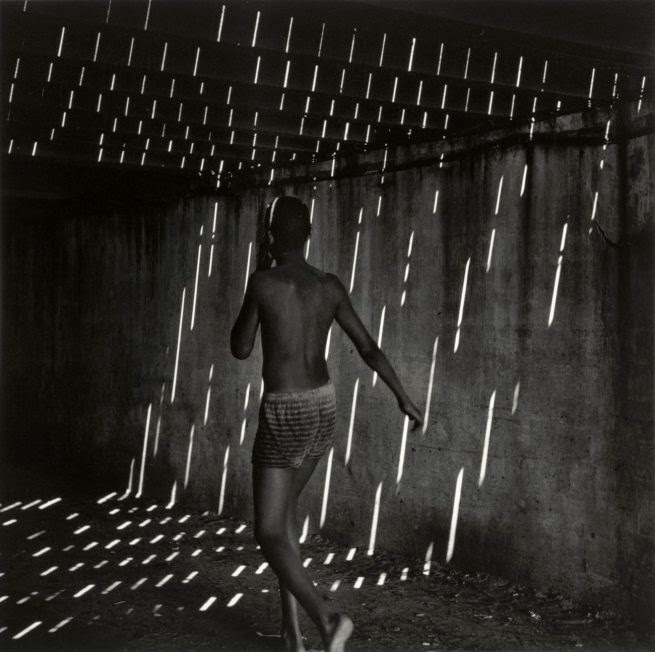 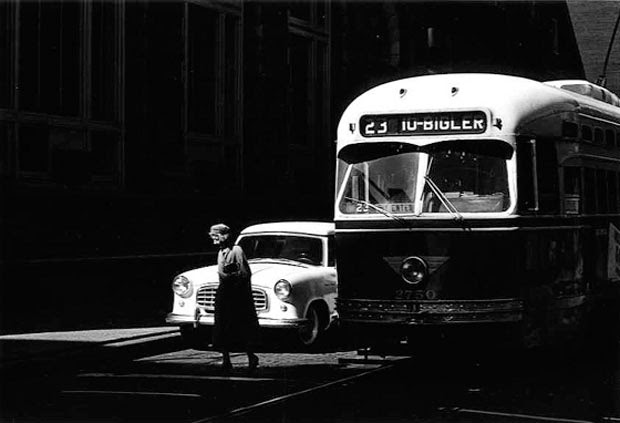 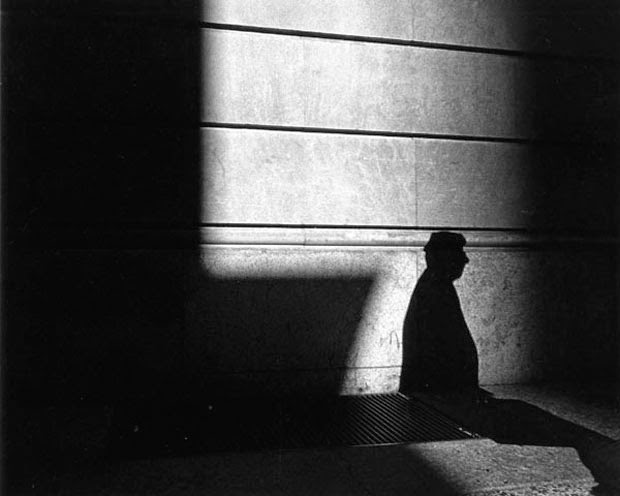 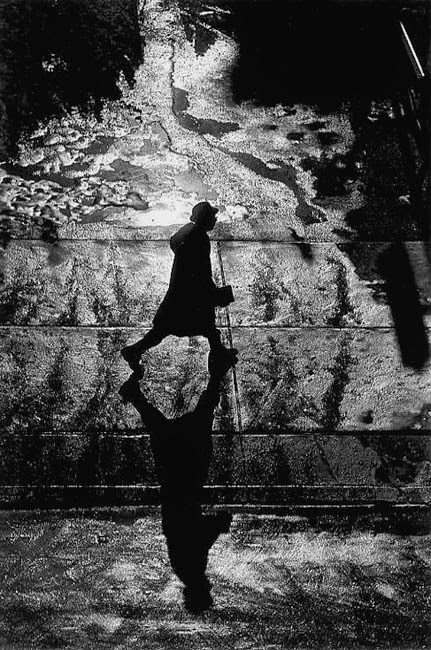 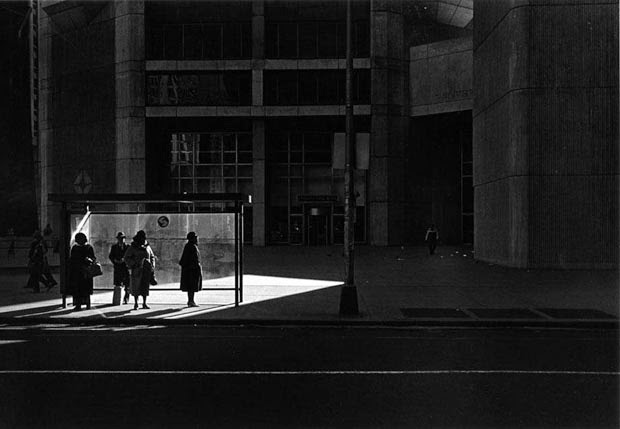 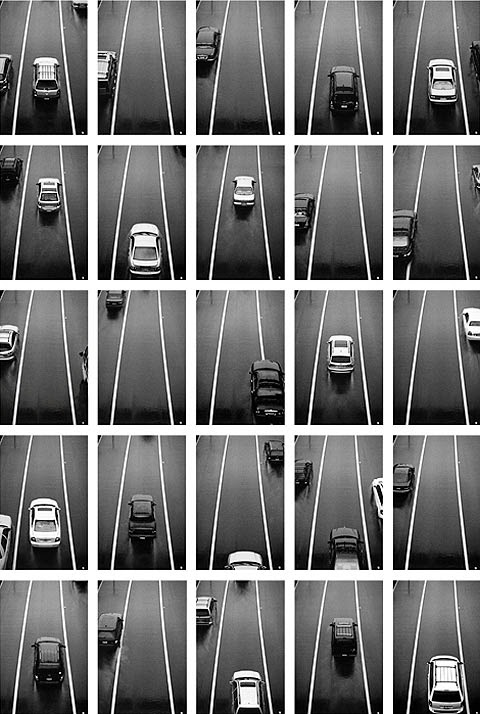 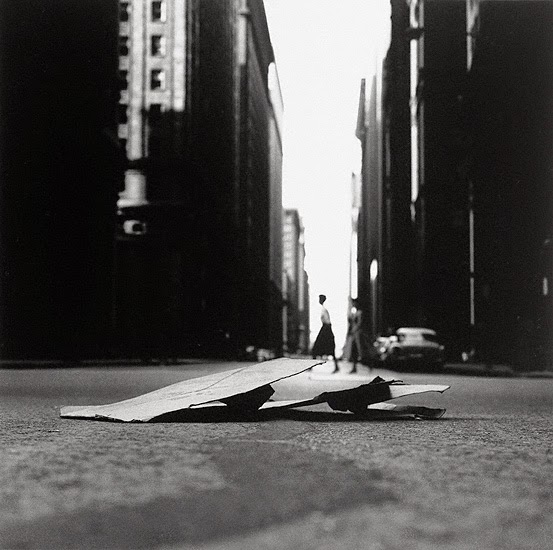 Posted by Gloria Baker Feinstein at 9:19 AM