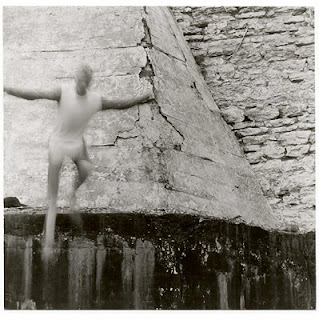 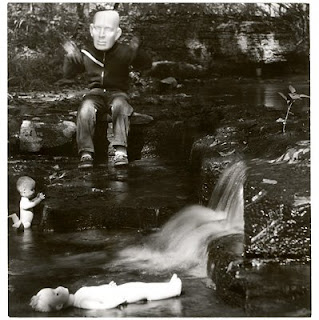 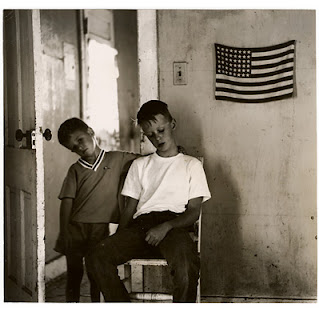 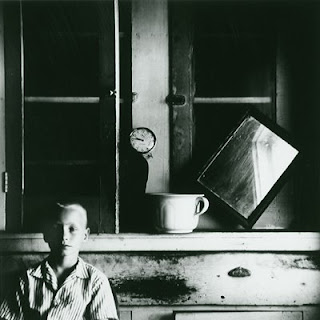 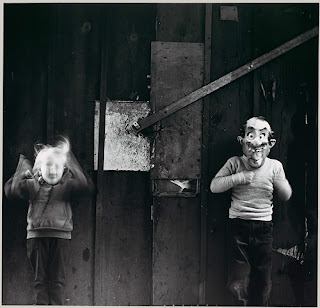 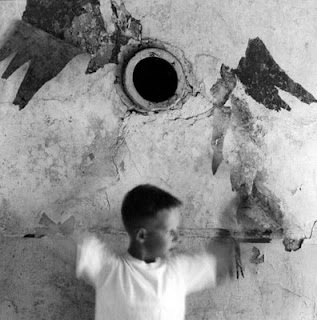 I grew up in a town that had a very interesting photography scene. I was too young to be aware of Van Deren Coke and Eugene Meatyard, but they were here; among other things, they were members of the Lexington Camera Club. (I went to high school with one of Meatyard’s sons, but we did not really know one another. My father knew Coke, however.)

Ever since I began my study of photographic history, Meatyard has been at the top of my list of favorite visionaries. When I was growing up, he was on optician and ran a shop called Eyeglasses of Kentucky. He only photographed in his spare time, usually on the weekends, and he printed in a makeshift darkroom in his home. He was president of the PTA at his kids' school, and he coached baseball there,too. His membership in the camera club (1954) led to an enduring friendship with his photography teacher, Coke. In 1956, summer workshops at Indiana University brought him in contact with such influential photographers as Henry Holmes Smith, Aaron Siskind, and Minor White. These interactions paved the way for Meatyard to launch his own photographic vision.

His earliest work from the mid-1950s includes a documentary project on Georgetown Street, a primarily African American neighborhood in Lexington. By 1960, he was regularly making photographs of his three children in abandoned rural Kentucky mansions and in the forests surrounding them. The photographs evoke a world not normally acknowledged with the human eye. They suggest the complex emotions associated with childhood, intimacy, loss, and destruction. His expressionist style and use of staged scenes foreshadows the work of many contemporary artists, like Francesca Woodman and Sally Mann.

From his thousands of images, he would pick only those he considered his best and made just one or two prints of each negative. His strict attention to technique and consistency in print size achieved the aesthetic effects of photography he was seeking — a world seen through a full tonal range from black to white; intentionally strange, yet familiar and approachable.

The visualization of the passage of time played an important role for Meatyard in all of his photographs —from long exposures to the maturation of his children, from old buildings to the changing light gracing the natural world.

Meatyard died of cancer shortly before his 47th birthday (1972.) His work received critical acclaim when he was alive, has done so even more over the years, and he has influenced countless photographers, including this one.
Posted by Gloria Baker Feinstein at 10:05 AM

Gloria - have you ever considered teaching? You are a fountain of great information!

she's one of the greatest teachers i've ever had.. that surely counts for something :)

You're both very kind.