“A few months ago New Delhi-based photographer Jordi Pizarro came across a magazine story about the small town of Kodinhi in the southwestern state of Kerala, India. Home to about 2,000 families, Kodhini is reported to have a whopping 250 pairs of twins (give or take a few). Pizarro says it’s a phenomenon that no one in the village has been able to explain.

(To put that number in perspective, according to the Telegraph that’s more than six times the global average, and one of the highest twinning rates in the world.)

Wanting to see pictures of all these twins, Pizarro did what most people do—he searched online. Surprisingly, he found very few professional images, so he set off for Kodhini straight away to make photos of his own.

That journey, made along with a friend and translator, took him first to the capital of Kerala, where he learned that there would be a mass for 400 sets of twins at a Christian church in the south of the district a few days later.

‘My friend and I started to laugh,’ says Pizarro. ‘After having lived in India for two years, you learn never to be sure about anything in this country, and you can’t make plans too far in advance, since sometimes things happen and sometimes they don’t.

‘So we arrived very early at this church. I was totally nervous and anxious thinking about the twins—and whether or not this mass would be real.’

But real it was. Prior to the mass, Pizarro found the director of the church and got full access to photograph the ceremony.

‘After a breakfast of tea and cookies, we started to see sets of twins dressed exactly alike coming up the road,’ says Pizarro. ‘I jumped out of the car and I started to speak with the people, asking them, Why are you coming here? Where are you from?’

The lighting inside the church was dim, so Pizarro made portraits of many of the twins outside, in a more natural setting. The next day, he continued on to his original destination, Kodhini.

After his positive experience in the church, Pizarro expected it would be easy to find twins to photograph in Kodhini, but to his surprise, no twin would let him take their picture without permission from the director of the local ‘twin association.’ And it turned out that that guy wanted thousands of dollars to grant permission. Citing his ethics as a photojournalist, Pizarro refused to pay.

Frustrated and disheartened, Pizarro was smoking a cigarette outside when a well-dressed man approached him. He spoke a little English and asked Pizarro what he was doing in Kodhini. Pizarro explained his project, and the man, a teacher at a local school, said he knew most families in town and offered to introduce him to twins. The only thing he wanted in exchange was the opportunity to practice his English.

‘It was perfect,’ says Pizarro. ‘We spent three days with the teacher going to visit different houses in the village, and the scene was very different—all the people received us well and were super happy to have a professional photographer taking portraits of them.’

Continuing with the style he had started outside the church, Pizarro decided to use the tropical vegetation as his backdrop and to have the twins wear the same clothes.

To create the final images, he used a Photoshop filter that emulates the look of Kodachrome film and added borders from scanned vintage photos.

‘What I like from this series is that looking at it gives a sensation of something magical,’ says Pizarro. ‘The images feel familiar, like a family album.’" 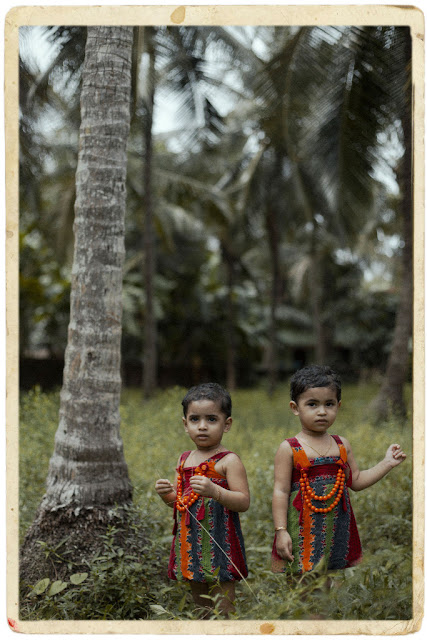 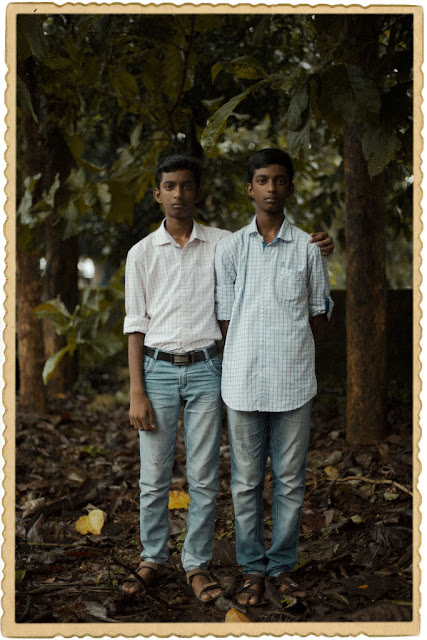 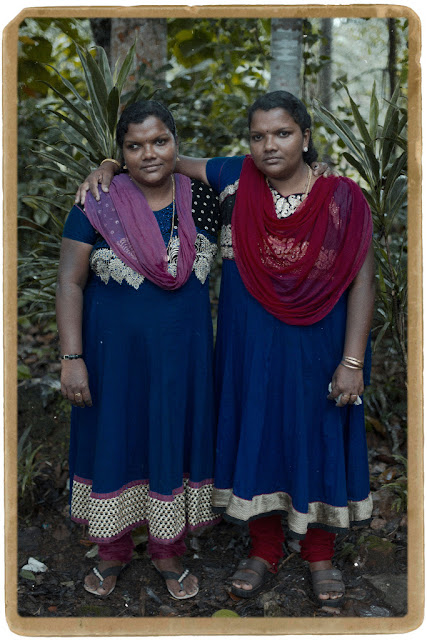 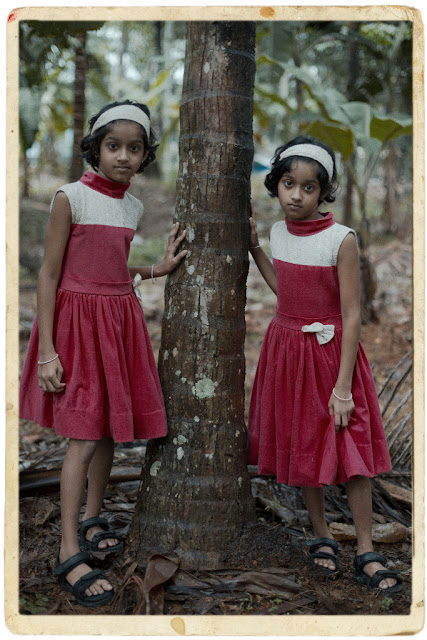 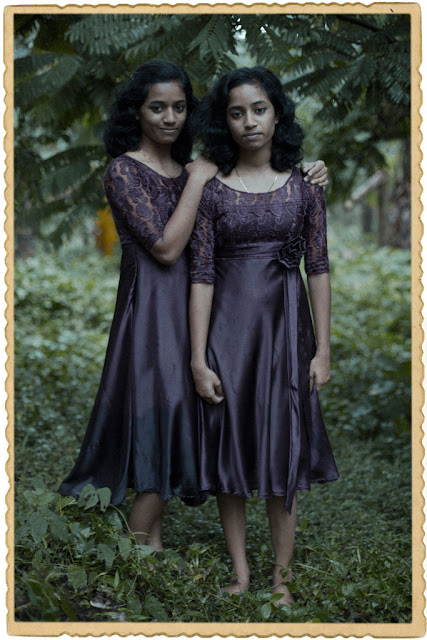 [Jordi Pizarro is from Barcelona and is currently based in Delhi. This article was published on the National Geographic blog.]