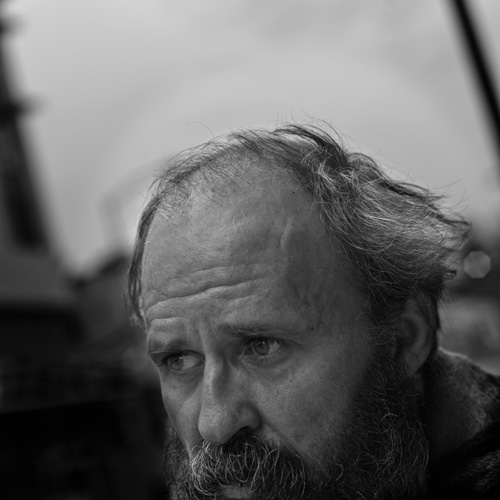 Of all the interesting people I see regularly on the streets of Portland, the guy who walks around wrapped in a blanket has always intrigued me the most. I’ve seen him in our neighborhood each summer since we started coming here in 2008 and have always wondered what his story is.

As far as I can tell, he doesn’t wear much/if anything underneath the blanket. His feet are jet black from dirt and grime. His hair is unkempt, and he has a scraggly beard. I usually see him coming from the corner ATM machine with cash clutched in his fist.

Eddie heard from a woman who works at the Starbucks across the street that his name is Mike, and he’s a millionaire. I finally decided to approach him.

I’ve asked him several days in a row now if I can make his portrait. He’s had the same response each time: “I’m OK.” Then he goes on to say he needs to shave and get a haircut, and then he goes off from there about how he needs to “get motivated” and he’s planning to get his driver’s license and also go to the library. I tell him each day that I think he looks rather royal in his “robe” and that I will ask him again the next day if I can take his picture. He smiles sort of boyishly and reiterates that he needs a shave.

Yesterday I saw him hanging out in front of the Safeway. I greeted him and asked if I could take his picture. He said it might be OK. So, we talked for a long time. I asked a few questions, but mostly he conducted a monologue about a variety of topics, hopping seriously and unpredictably from one to the next. I learned, among other things, that he is 43, his father was adopted, he thinks Steve Martin is funny, he sleeps on the sidewalk near the train station each night, he gets to withdraw $20 from the bank every day except Sunday, he was in the military and he’s traveled to many places, including Puerto Vallarta. The monologue was periodically interrupted with each passerby, when Mike would wave his hand and say, “have a good day”.

I photographed him while he was talking. He was fine with that. I told him I’d bring him a picture, but he didn’t seem too interested. I’m not sure where he’d put it, really. He just has a blanket, after all. He was childlike and sweet, and he seemed really happy that I stopped to chat. Actually, once he got used to me, it seemed like he didn’t want me to leave.

I told him my name early in the conversation and asked him before I moved on if he remembered it. He lowered his head kind of bashfully and said “Gloria.” Then he told me that sometimes he knows certain things when he goes to sleep at night but can’t remember them the next day.

I told him I’d look for him tomorrow. He was happy about that and waved to me as I walked away. He gathered up his blanket and turned to face the people who were filing out of the grocery store.

“Have a good day” I heard him say. 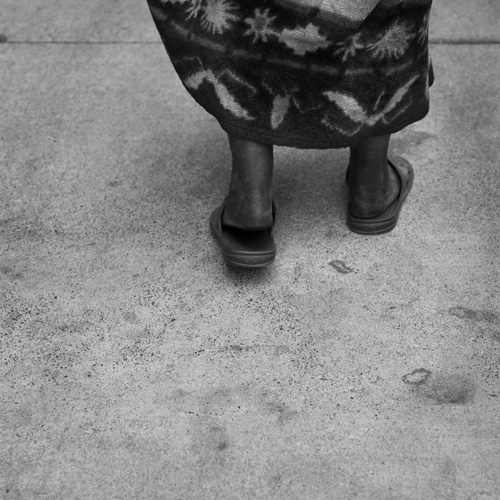 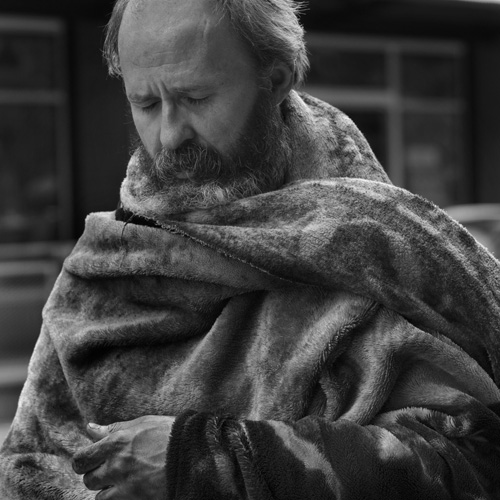 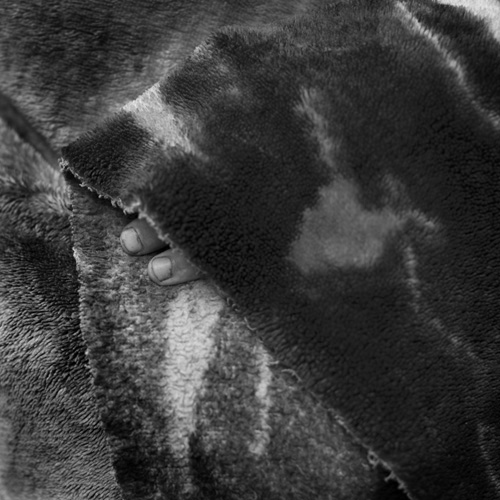 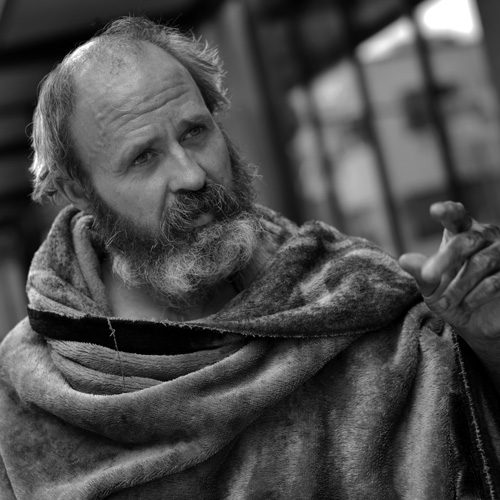 Posted by Gloria Baker Feinstein at 9:56 AM

Labels: homeless, photography, Portland, The Heart is a Lonely Hunter