One of the preeminent and pioneering documentary photographers of the 20th century, Dorothea Lange was born Dorothea Nutzhorn on May 26, 1895, in Hoboken, New Jersey.
When she was 7, Dorothea contracted polio, which left her right leg and foot noticeably weakened. Later, however, she’d feel almost appreciative of the effects the illness had on her life. '[It] was the most important thing that happened to me, and formed me, guided me, instructed me, helped me and humiliated me,' she said.
Just before Dorothea reached her teen years, her parents divorced. Dorothea grew to blame the separation on her father and eventually dropped his surname and took her mother’s maiden name, Lange, as her own.
Following high school, Lange, who’d never shown much interest in academics, decided to pursue photography as a profession. She studied photography at Columbia University, and then, over the next several years, cut her teeth as an apprentice, working for several different photographers, including Arnold Genthe, a leading portrait photographer.
By 1918, Lange was living in San Francisco and soon running a successful portrait studio. With her husband, muralist Maynard Dixon, she had two sons and settled into the comfortable middle-class life she’d known as a child.
Lange’s first real taste of documentary photography came in the 1920s when she traveled around the Southwest with Dixon, mostly photographing Native Americans. With the onslaught of the Great Depression in the 1930s, she trained her camera on what she started to see in her own San Francisco neighborhoods: labor strikes and breadlines.
In the early 1930s, Lange, mired in an unhappy marriage, met Paul Taylor, a university professor and labor economist. Their attraction was immediate, and by 1935, both had left their respective spouses to be with each other.
Over the next five years, the couple traveled extensively together, documenting the rural hardship they encountered for the Farm Security Administration, established by the U.S. Agriculture Department. Taylor wrote reports, and Lange photographed the people they met. This body of work included Lange’s most well-known portrait, 'Migrant Mother,' an iconic image from this period that gently and beautifully captured the hardship and pain of what so many Americans were experiencing.
As Taylor would later note, Lange’s access to the inner lives of these struggling Americans was the result of patience and careful consideration of the people she photographed. 'Her method of work,' Taylor later said, 'was often to just saunter up to the people and look around, and then when she saw something that she wanted to photograph, to quietly take her camera, look at it, and if she saw that they objected, why, she would close it up and not take a photograph, or perhaps she would wait until… they were used to her.'
In 1940, Lange became the first woman awarded a Guggenheim fellowship.
- from Biography.com 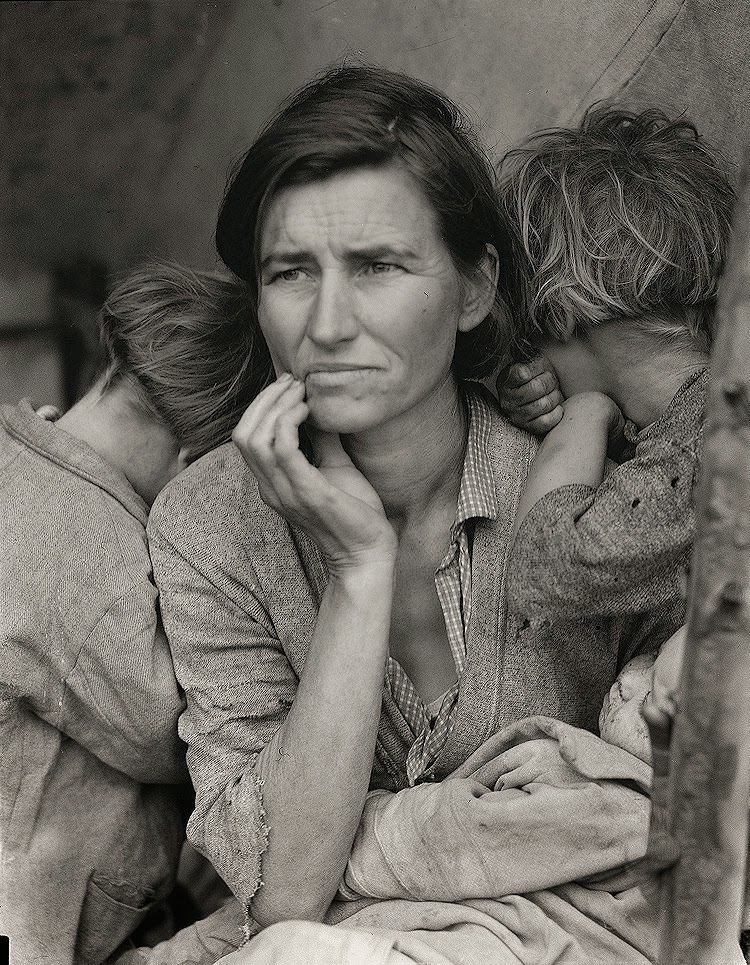 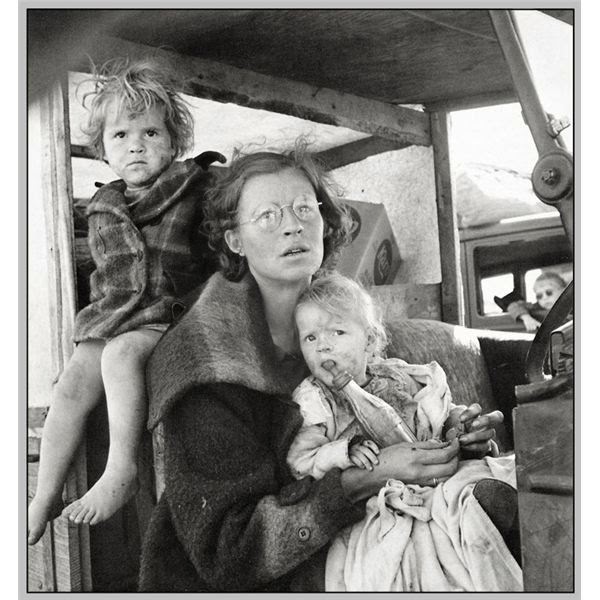 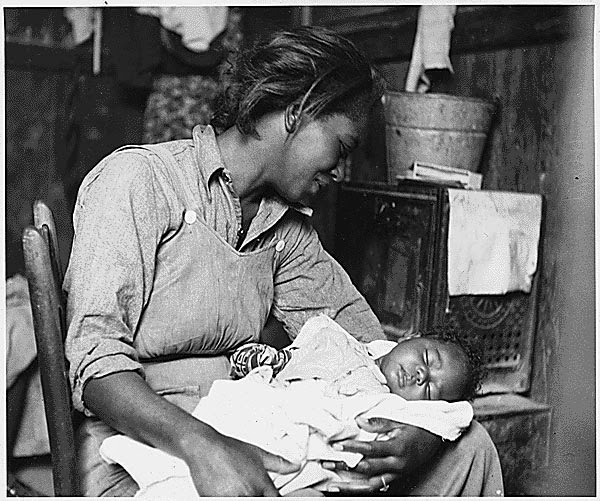 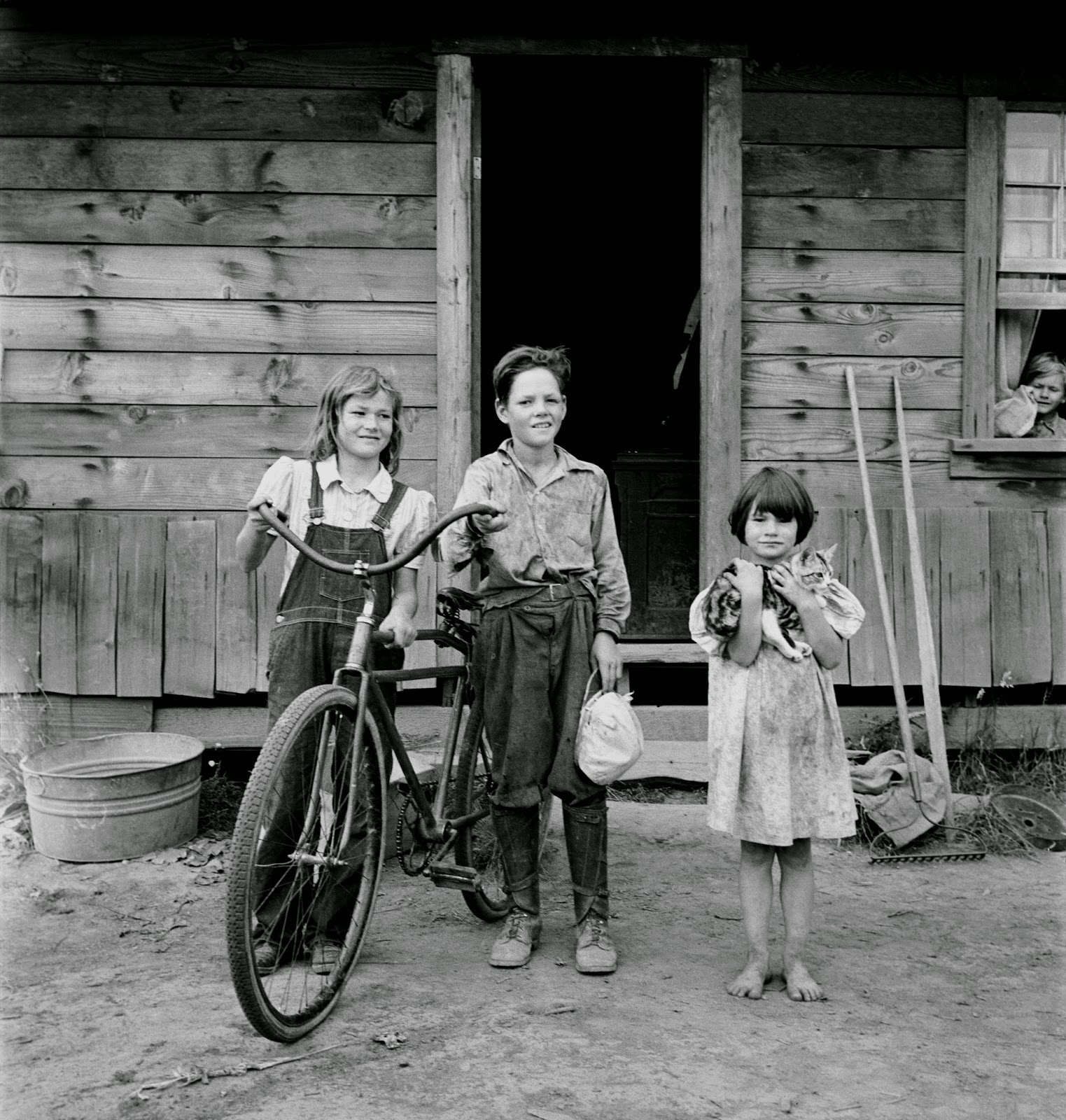 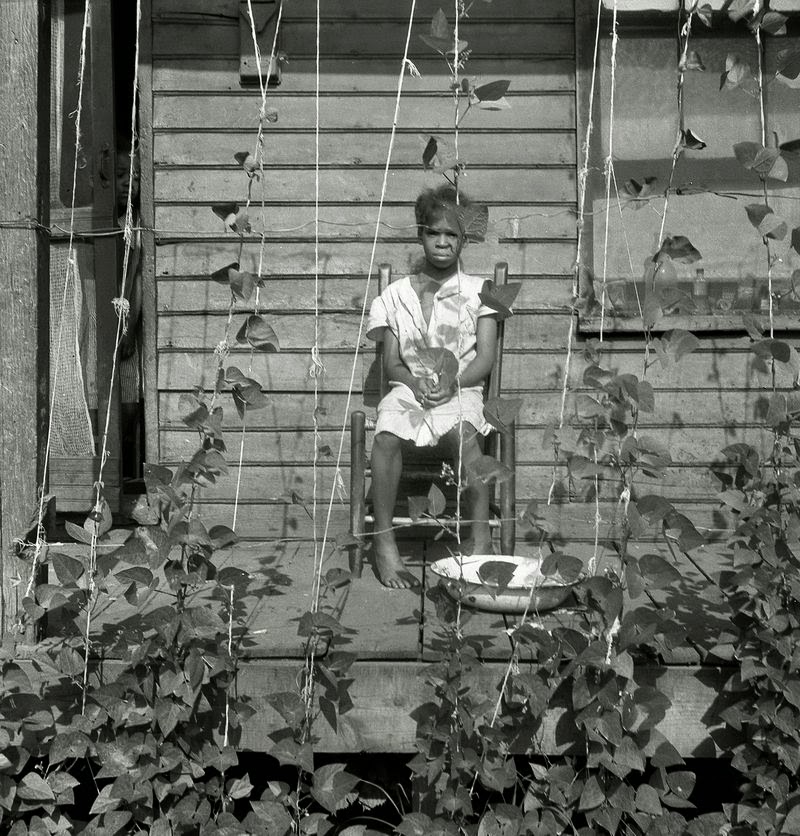 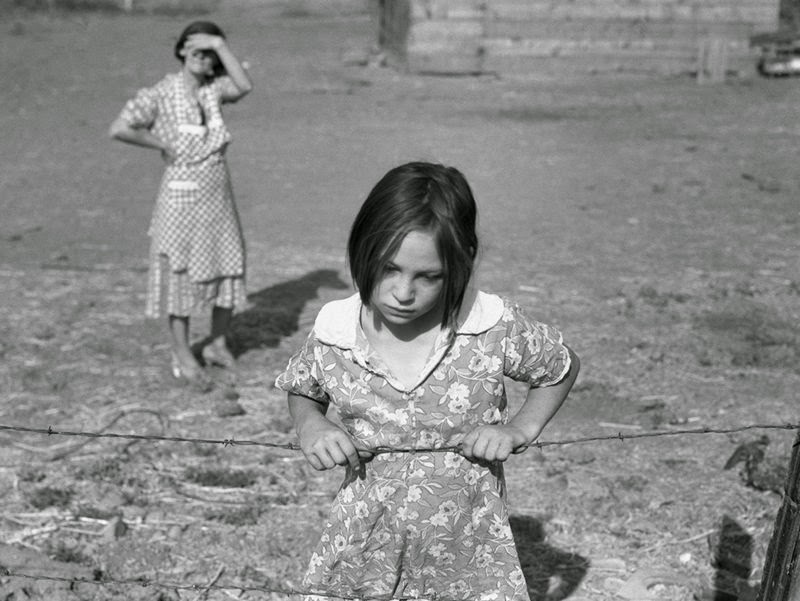 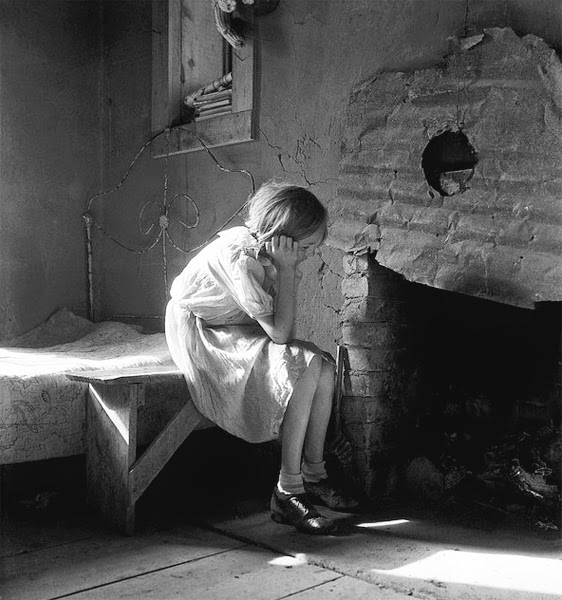 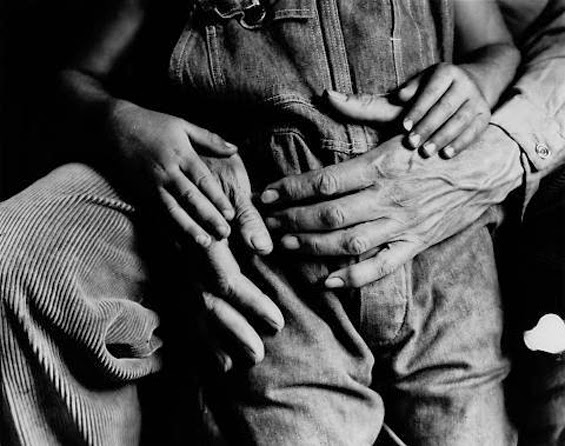 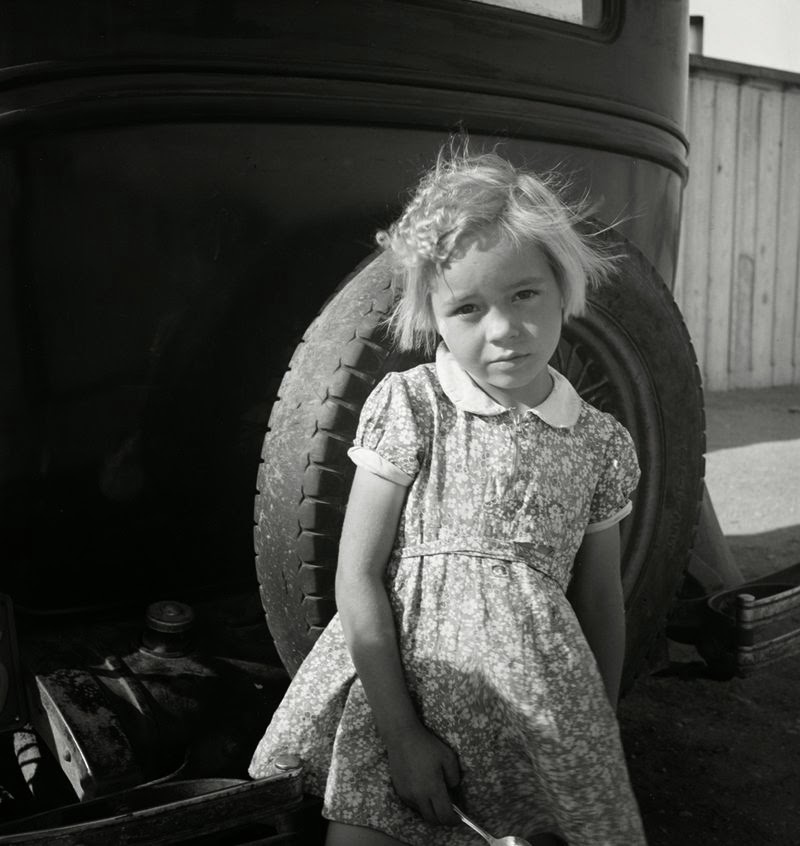 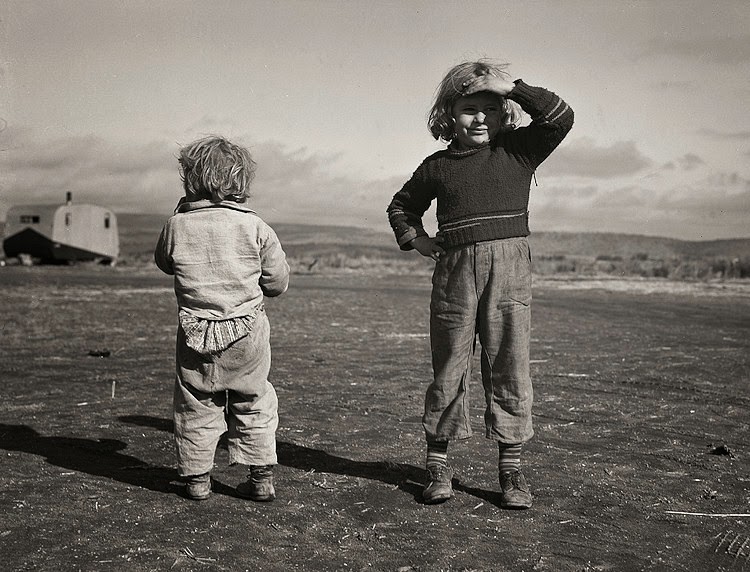 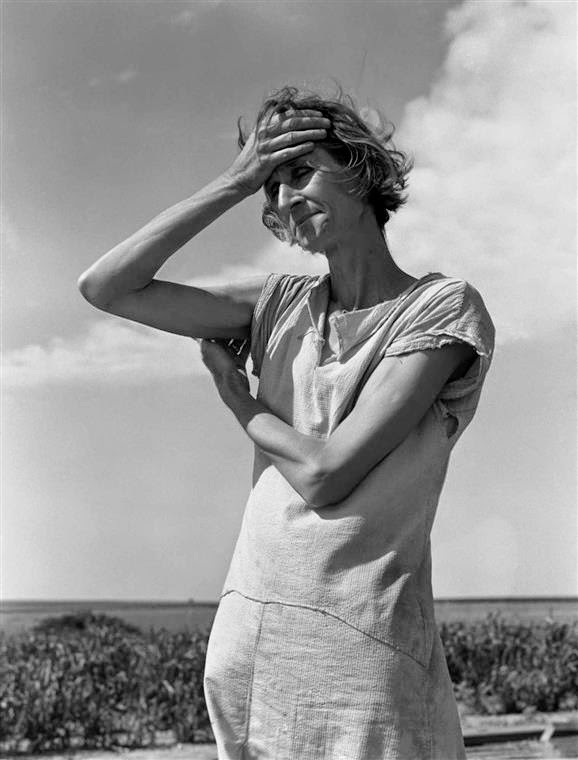 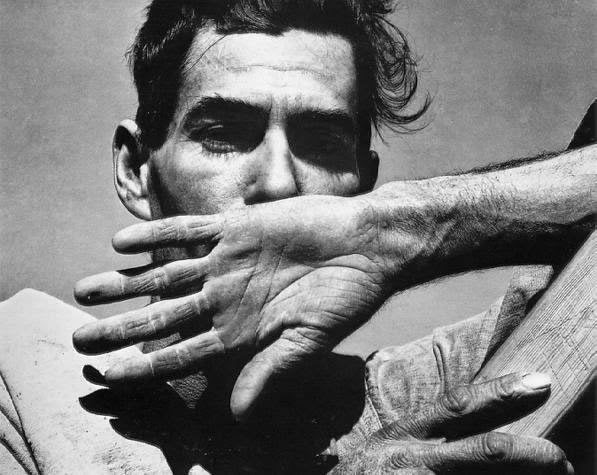 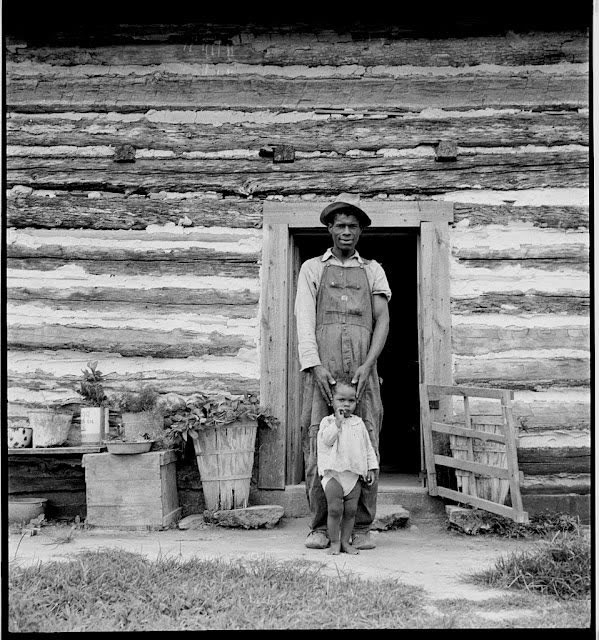 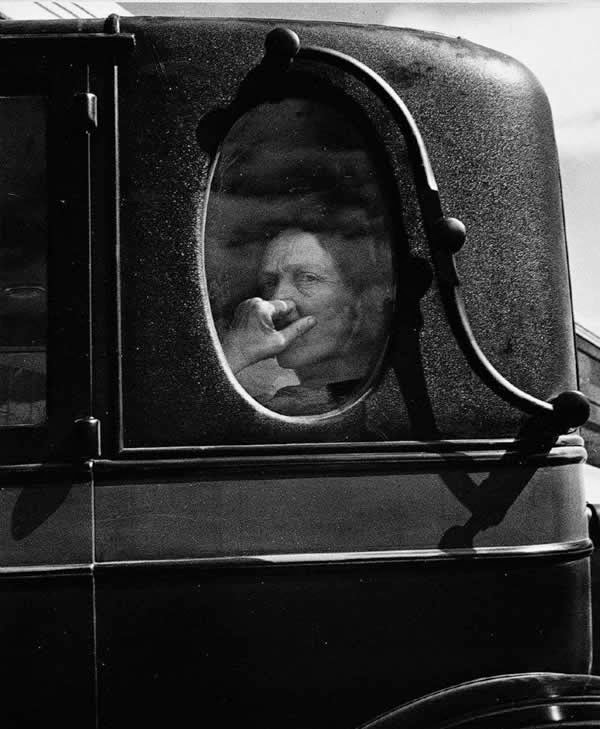 Posted by Gloria Baker Feinstein at 12:11 AM