photography is a dangerous sport

Today Eddie and I did the Bridge Pedal, which covered 13 miles and six (there was the option to cross more) of the awesome bridges that span the Willamette River. We, along with 20,000 of our closest friends, were treated to amazing views from the (mostly) otherwise car-only bridges. This is the one day of the year in Portland when folks can get up close and personal with these lovely panoramas.

For Eddie, it was about a lot more than the view from the bridges and the camaraderie with cyclists of all ages, shapes and sizes.

For those of you have read this blog for a long time, you may recall the post I wrote (almost three years ago to the day) about Eddie's chronic illness, Myasthenia Gravis, that often prevents him from galloping forward into new physical adventures. In that post, I described the difficulty he has with something most of us do without much thought when given the opportunity: walking across a bridge.

This summer, Eddie made it his business to walk across the Broadway bridge. He did it by thinking about putting one foot in front of the next - over and over and over again until he reached the other side.  There were baby steps at first, trembling hands, spinning head. But he got across the bridge one morning several weeks ago. This gave him the confidence to try walking his bike across it. Then riding his bike across it. Then we tried another bridge. It was a process that went slowly.

But the process led to small victories that led to more confidence that led to greater accomplishments.

The greatest one occurred this morning when he rode across not one, not two, but six Portland bridges.

I rode alongside him - a proud wife and best friend.

I took pictures, of course. Crazy me - what was I thinking? - I took pictures while riding my bike. I wiped out, of course, but I did manage to record this special event.

It was a wonderful morning! 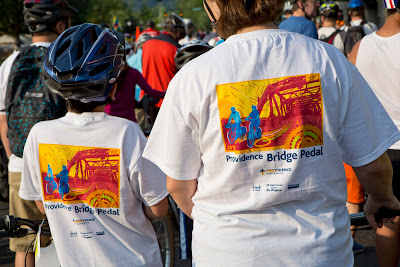 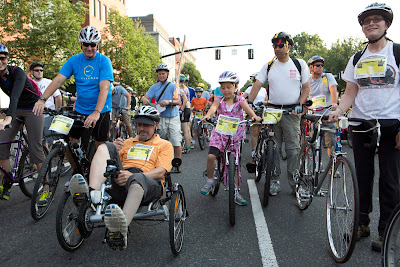 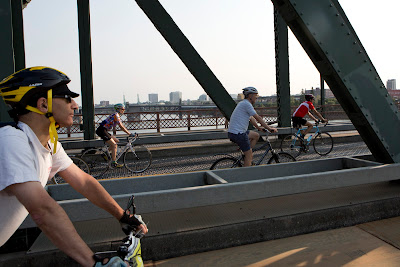 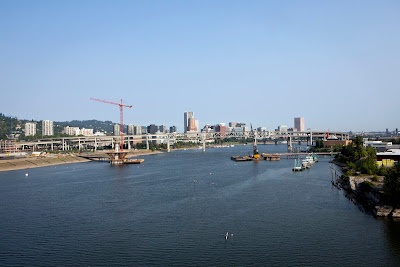 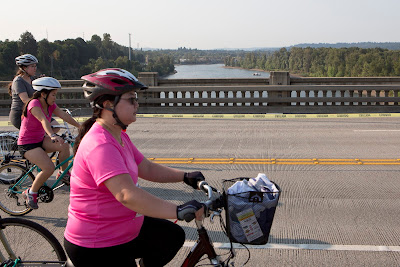 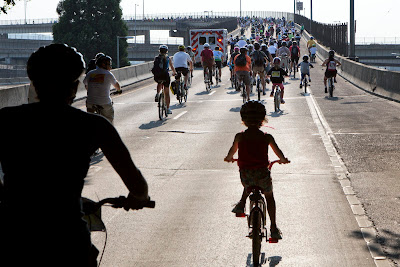 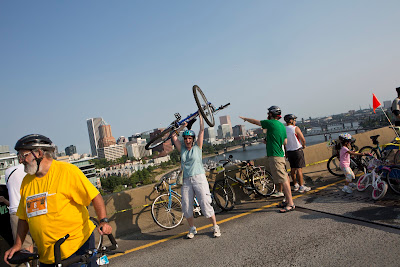 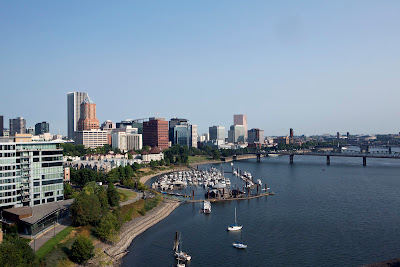 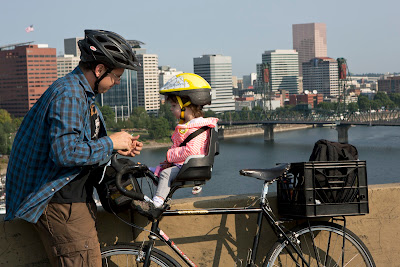 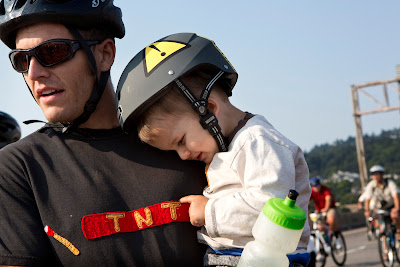 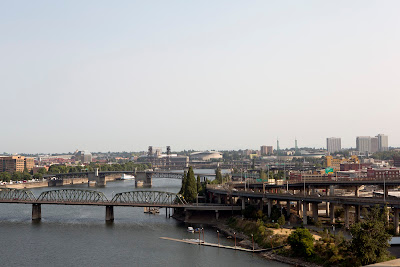 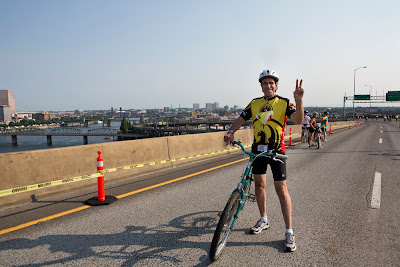 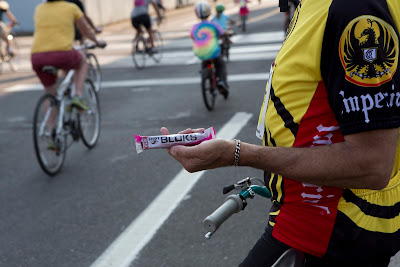 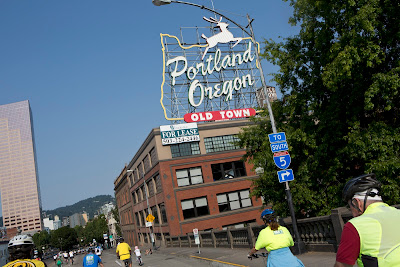 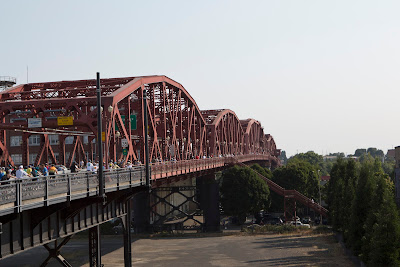 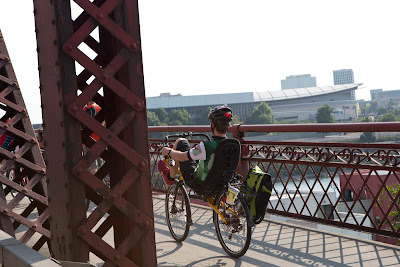 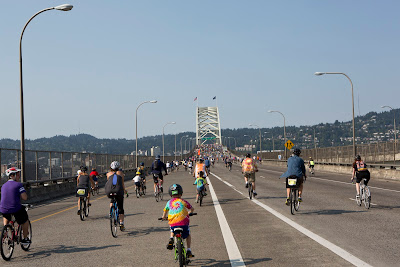 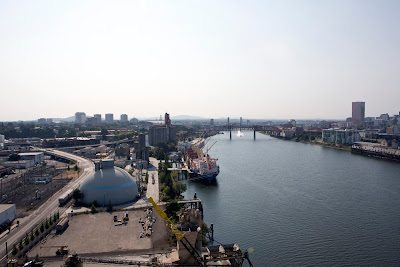 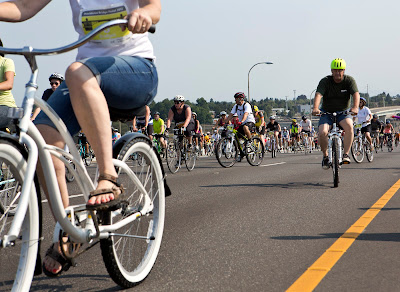 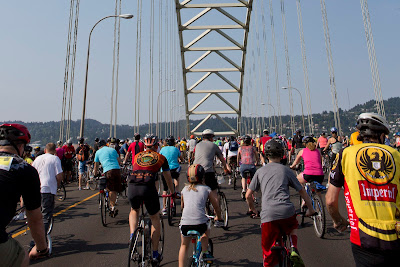 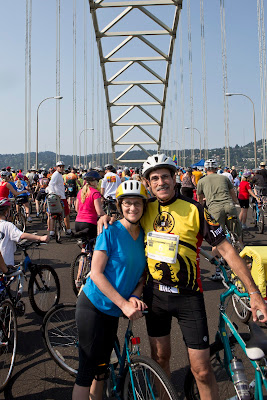 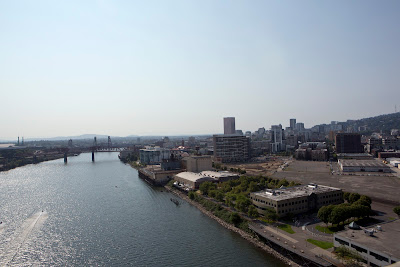 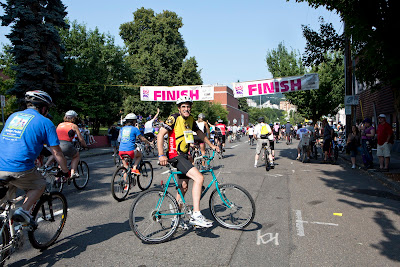 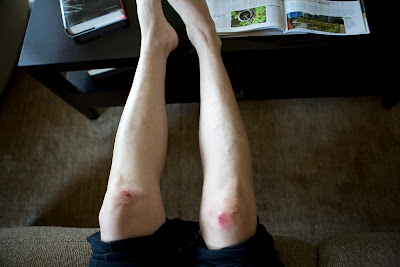 Fantastic. Good for you both! NIce photos.
Sandy

Way to go! Eddie, I am proud of you my friend.
David A.