Change the Truth's own Dawn Taylor (Team 5) and her good friend Christina Eldridge have started an entrepreneurial venture, Red Dirt Shop, a socially responsible business selling cell phone covers with original designs by artists. A portion of each sale will go to Water.org, providing access to clean water for people all over the world.

Several artists' works have already been chosen to grace the cell phone cases when Red Dirt makes its launch in March.

Dawn felt strongly - from the very beginning - about including the artwork made by some special young friends who live in Uganda. She pored over the drawings and paintings that the children at the orphanage have made during the past few years and selected two: one by Brian and one by Nicky.

The young artists will be paid for the use of their artwork; the money will go toward their education. As you can well imagine, the boys were thrilled to hear all about this! (Melissa reported that Brian flashed his huge grin, then simply shook his head in disbelief.)

Maybe one of these days, when Brian and Nicky are walking down the street in Kampala, they'll turn to see someone chatting on his/her cell phone and catch a glimpse of their own colorful artwork - loud and proud on a Red Dirt case. Wouldn't that be something?

And in the meantime time, Water.org and both the boys will benefit from the venture.

Red Dirt's motto is "Change the Case" because they want to encourage their clientele to think about having more than one case, kind of like more than one scarf or more than one purse. So, if it catches on, I bet we'll have more drawings from our kids purchased and featured!

Check out Red Dirt's page on Facebook and stay tuned for their big launch next month! We wish Dawn and Christina much luck. Personally, I'd like to thank them for diving into the world of social entrepreneurship and for including Nicky and Brian in the first round of cases. 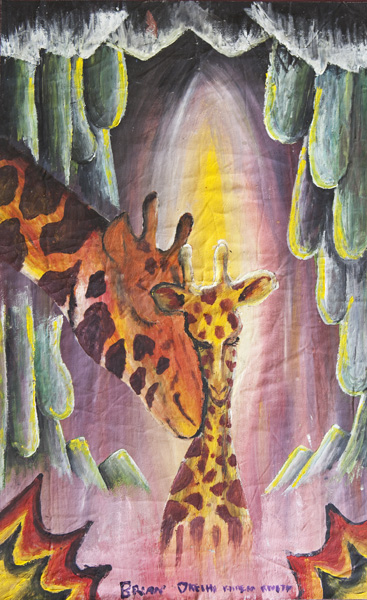 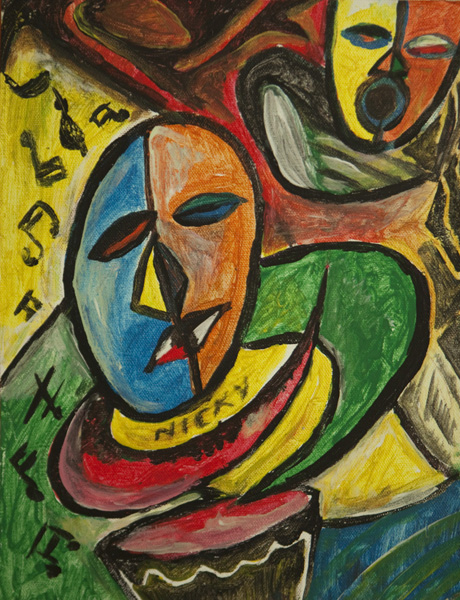 Posted by Gloria Baker Feinstein at 4:42 AM

This is a GREAT idea! Marti

How exciting!! Congratulations to Brian and Nicky!! :o)

So great for the young artists. I'd love to get one of these. - Susan

Thanks so much Gloria for your support! We are THRILLED to have the boys' artwork showcased, and provide a vehicle to tell the story of CTT and SMK. People melt when we tell them the connection. We look forward to many more artists from SMK, and most importantly, helping fund their educations. XO Dawn and Christina

This is beyond WAY COOL! Dawn you are inspiring! Congrats to you both! Suzanne

Can't wait to change my case!